An Army of Two 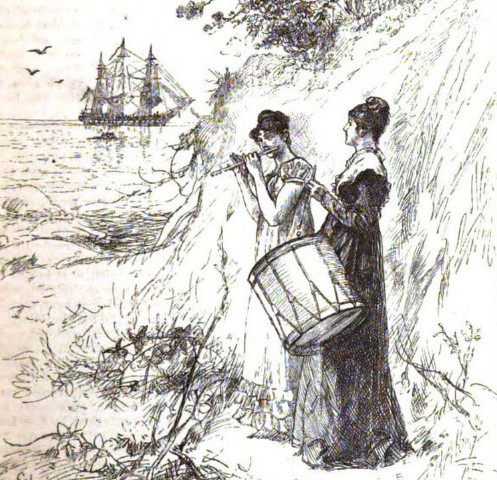 Doubtful but interesting: In June 1814 two British warships marauded Scituate Harbor in Massachusetts, burning and capturing American vessels. Militia member Simeon Bates fired cannon shots after them from his lighthouse on Cedar Point. When a ship returned in September, only Bates’ wife and daughters were at the lighthouse, so 21-year-old Rebecca grabbed 17-year-old Abigail, took up a fife and drum that the militia stored there, ran behind a range of cedars, and played “Yankee Doodle” to suggest that the militia was returning. The British withdrew.

The story is supported only by the two sisters’ recollection, and Rebecca identified the ship as La Hogue, which turns out not to have been near Scituate at the time. “But Rebecca might have simply misidentified the ship, and she and her sister swore the story was true, even signing affidavits to that effect,” writes Eric Jay Dolin in Brilliant Beacons. “Many locals, siding with the two intrepid sisters, believed it too.”

Podcast Episode 229: The Stone of Destiny

In 1950, four patriotic Scots broke in to Westminster Abbey to steal the Stone of Scone, a symbol of Scottish independence that had lain there for 600 years. In this week’s episode of the Futility Closet podcast we’ll follow the memorable events of that evening and their meaning for the participants, their nation, and the United Kingdom.

END_OF_DOCUMENT_TOKEN_TO_BE_REPLACED

Polish educator Janusz Korczak set out to remake the world just as it was falling apart. In the 1930s his Warsaw orphanage was an enlightened society run by the children themselves, but he struggled to keep that ideal alive as Europe descended into darkness. In this week’s episode of the Futility Closet podcast we’ll tell the story of the children’s champion and his sacrifices for the orphans he loved.

We’ll also visit an incoherent space station and puzzle over why one woman needs two cars.

END_OF_DOCUMENT_TOKEN_TO_BE_REPLACED

I’ve mentioned this elsewhere, but I hadn’t realized the source was known: In 1844, British general Sir Charles Napier was criticized in Parliament for his ruthless campaign to take the Indian province of Sind. On hearing this, 16-year-old schoolgirl Catherine Winkworth “remarked to her teacher that Napier’s despatch to the Governor General of India, after capturing Sind, should have been Peccavi (Latin for ‘I have sinned’).”

She sent this immortal pun to Punch, which unfortunately printed it as a factual report:

This mangled its meaning and credited Napier. Winkworth’s authorship was discovered only by later literary sleuths. 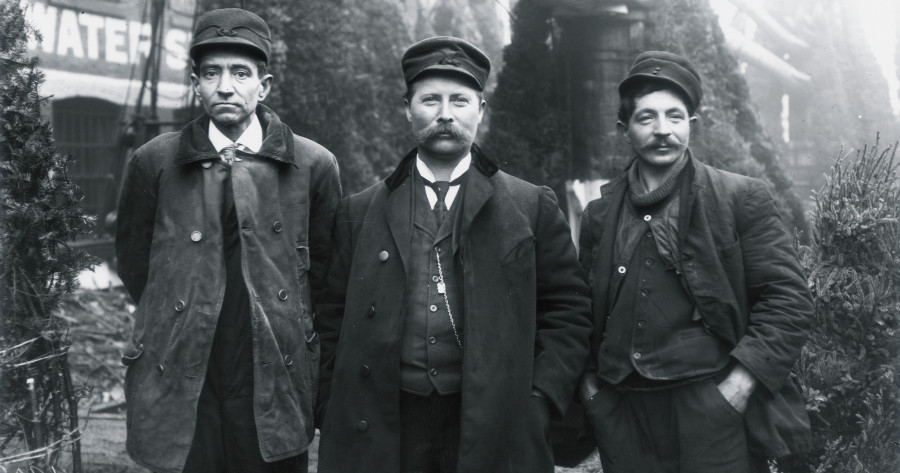 In the late 1800s Chicago families bought their Christmas trees from the decks of schooners that had ferried them across Lake Michigan. In this week’s episode of the Futility Closet podcast we’ll meet Herman Schuenemann, known as “Captain Santa,” who brought Christmas to the city for 30 years until a fateful storm overtook him.

We’ll also peruse some possums and puzzle over a darkening phone.

END_OF_DOCUMENT_TOKEN_TO_BE_REPLACED

“The Eagle Map of the United States” 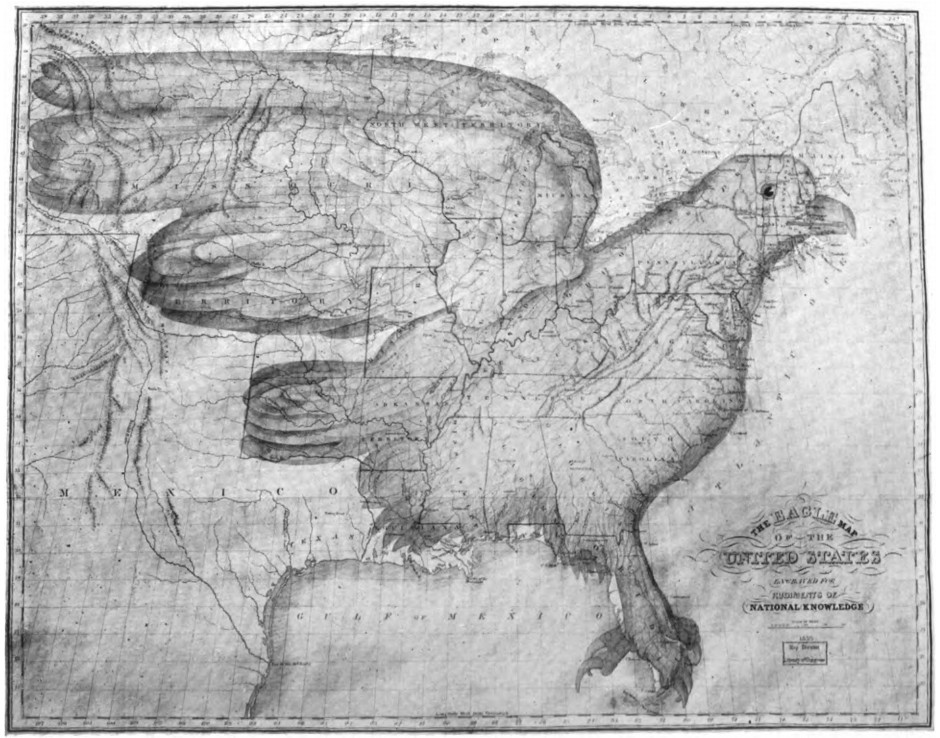 A truly ‘spread eagle map’ is found in a small book of 1833, entitled, ‘Rudiments of Knowledge,’ by Joseph Churchman. This eagle map is explained very geographically. The United States and territories are represented under the figure of an eagle; the States of New Hampshire, Vermont, Massachusetts, Rhode Island, Connecticut, and a part of New York being chiefly included in the head and beak — the remainder of New York, New Jersey, and Pennsylvania, principally embraced in the neck — the outline of coast, from Cape Henlopen to South Carolina inclusive, making the turn and formation of the breast, Florida representing the legs — the Arkansas territory, including the land occupied by the Cherokees to the Spanish line, forming the tail — the northern line of the United States, through lakes Ontario and Erie to Detroit, describing the back — the wings raised and the outline of them curving with the line of the United States through lakes St. Clair, Huron and Superior, and spread and extended to overshadow a large part of the Missouri territory. 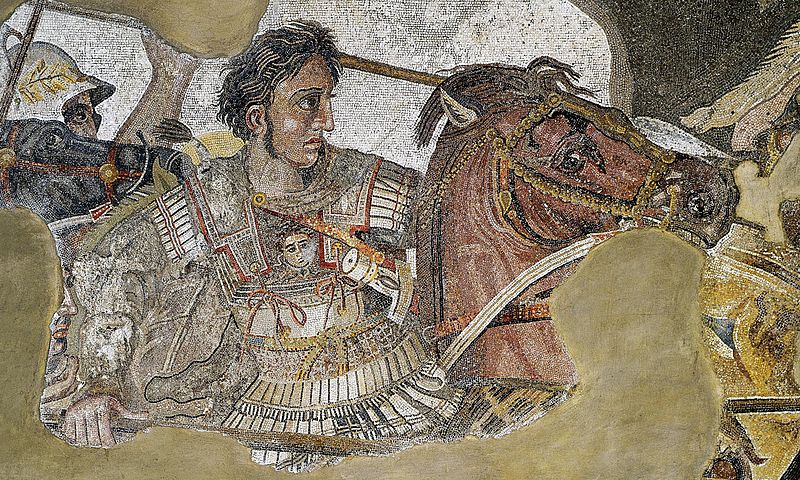 “It is conceivable that Alexander the Great — for all the military successes of his youth, for all the excellence of the army he trained, for all the desire he felt in himself to change the world — might have stopped at the Hellespont, and never crossed it, and not out of fear, not out of indecisiveness, not out of weakness of will, but from heavy legs.” — Kafka 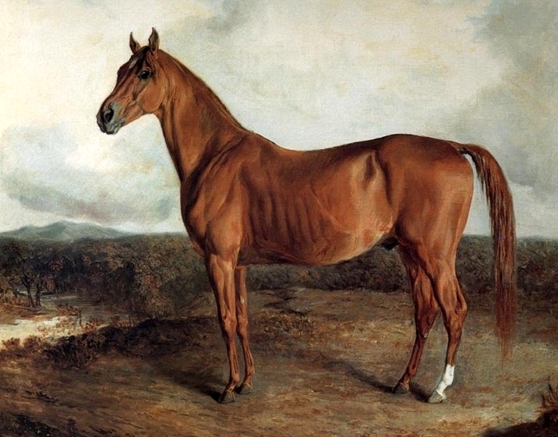 America’s first national sports spectacle took place in 1823, when the North and South sent their best horses for a single dramatic race that came to symbolize the regional tensions of a changing nation. In this week’s episode of the Futility Closet podcast we’ll tell the story of the Great Match Race, which laid the foundations of modern American thoroughbred racing.

We’ll also ponder a parasite’s contribution to culture and puzzle over a misinformed criminal.

END_OF_DOCUMENT_TOKEN_TO_BE_REPLACED

When Toronto attorney Charles Vance Millar died in 1926, he left behind a mischievous will that promised a fortune to the woman who gave birth to the most children in the next 10 years. In this week’s episode of the Futility Closet podcast we’ll follow the Great Stork Derby and the hope and controversy it brought to Toronto’s largest families during the Great Depression.

We’ll also visit some Portuguese bats and puzzle over a suspicious work crew.

END_OF_DOCUMENT_TOKEN_TO_BE_REPLACED

Cork, Ireland, displays a sculpture dedicated to the Choctaw Indian Nation. Moved by reports of the Great Hunger of 1845-1851, and recalling their own deprivation as they were removed from their ancestral lands, a group of Oklahoma Choctaw raised $170 in 1847 and forwarded it toward relief of the famine.

In 1995, Irish president Mary Robinson visited the Choctaw to thank them for supporting the Irish people, to whom they had no link but “a common humanity, a common sense of another people suffering.” In 1992 22 Irish men and women walked the 600-mile Trail of Tears, raising $1,000 for every dollar that the Choctaw had given in 1847, and passed the money on to relieve suffering in Somalia.

The Choctaw have donated to New York’s Firefighters Fund after the 2001 terrorist attacks; to Save the Children and the Red Cross in 2004 for tsunami relief; to Hurricane Katrina relief in 2005; to victims of the Haiti earthquake in 2018; and to people affected by hurricanes in Houston, Puerto Rico, and Florida. In 2008 the Choctaw Nation received the United States National Freedom Award for its efforts supporting the National Guard and Reserve and their families.