In 1932, 9-year-old Lennie Gwyther set out to ride a thousand kilometers to see the opening of the Sydney Harbour Bridge. Along the way he became a symbol of Australian grit and determination. In this week’s episode of the Futility Closet podcast we’ll tell the story of Lennie’s journey, and what it meant to a struggling nation.

We’ll also recall a Moscow hostage crisis and puzzle over a surprising attack.

Sources for our feature on Lennie Gwyther:

Peter Lalor, The Bridge: The Epic Story of an Australian Icon — The Sydney Harbour Bridge, 2006.

Paul Genoni, “The Sydney Harbour Bridge: From Modernity to Post-Modernity in Australian Fiction,” Journal of the Association for the Study of Australian Literature 12 (2012), 1-12.

“Lennie’s Sister Thanks the Community in a Book,” South Gippsland Sentinel-Times, Dec. 13, 2018. 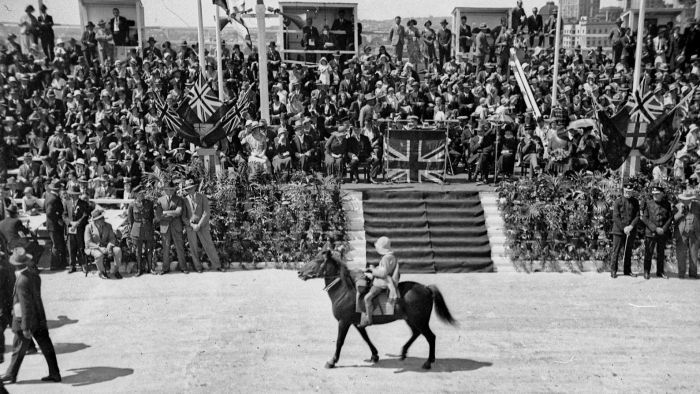 Video of a 4×4 Panda navigating a challenging track.

Becky Little, “How Opioids Were Used as Weapons During the Moscow Theater Hostage Crisis,” History.com, May 25, 2018.

This week’s lateral thinking puzzle was devised by Greg. Here’s a corroborating link (warning — this spoils the puzzle).