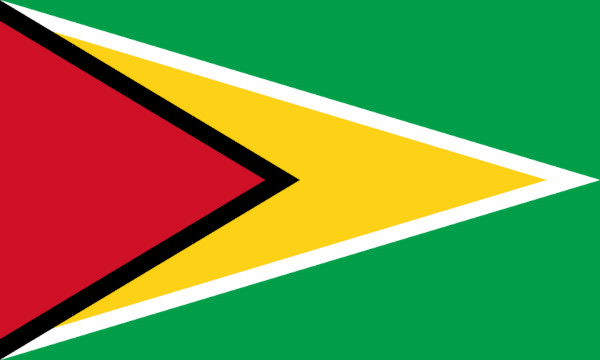 The flag of Guyana was designed by a college student. In 1960, as that country was emerging from British colonial rule, Whitney Smith, then a 20-year-old undergraduate at Harvard, wrote to independence leader Cheddi Jagan and asked what flag the new country had chosen. Jagan told him no decision had been made and asked him for ideas. Smith designed a flag, got his mother to sew it, and sent it in, and Guyana adopted it, with some slight modifications.

Smith went on to create the journal Flag Bulletin; found the Flag Research Center; design flags for the Saudi Navy, Bonaire, and Aruba; organize the First International Congress of Vexillology (and coin that term); help to found the North American Vexillological Association and the Flag Heritage Association; and write The Flag Book of the United States, Flag Lore of All Nations, and more than 250 flag histories for the Encyclopaedia Britannica.

“I’m a monomaniac, that’s clear,” he told People magazine. “But I’m more fortunate than most people because I have something that infuses my whole life. I relate flags to everything.”

In Vienna’s Judenplatz stands a construction of steel and concrete that takes the shape of a library turned inside out. Its walls are filled with books, but the spines are all turned inward, so the knowledge they contain is inaccessible. It bears two large doors, but these do not open.

It is a memorial to the Austrian victims of the Holocaust. Artist Rachel Whiteread said, “It was clear to me from the outset that my proposal had to be simple, monumental, poetic and non-literal. I am a sculptor: not a person of words but of images and forms.”

At the unveiling, Simon Wiesenthal said, “This monument shouldn’t be beautiful. It must hurt.”

The balcony of Woolsey Hall at Yale has one extra-wide seat: Carpenters enlarged it to accommodate William Howard Taft, who returned to his alma mater after losing his re-election bid for the presidency in 1912.

Most of the seats in Woolsey measure 18″ x 17″; Taft’s measures 25″ x 20″. He once convinced an usher to admit him by leading him to the customized chair — he told another patron, “I lost my ticket, but was fortunately able to establish my identity by the breadth of my beam and the corresponding breadth of this seat.” 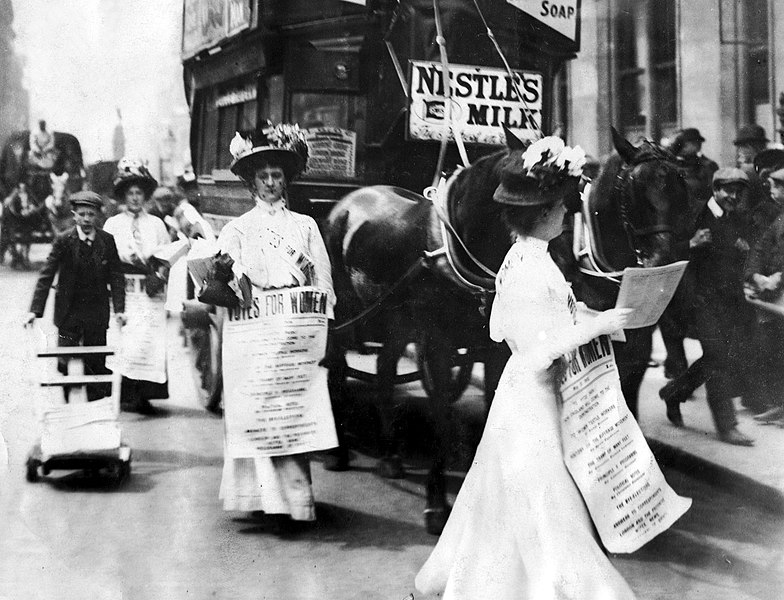 Everyone seems to agree upon the necessity of putting a stop to Suffragist outrages; but no one seems certain how to do so. There are two, and only two, ways in which this can be done. Both will be effectual.

1. Kill every woman in the United Kingdom. 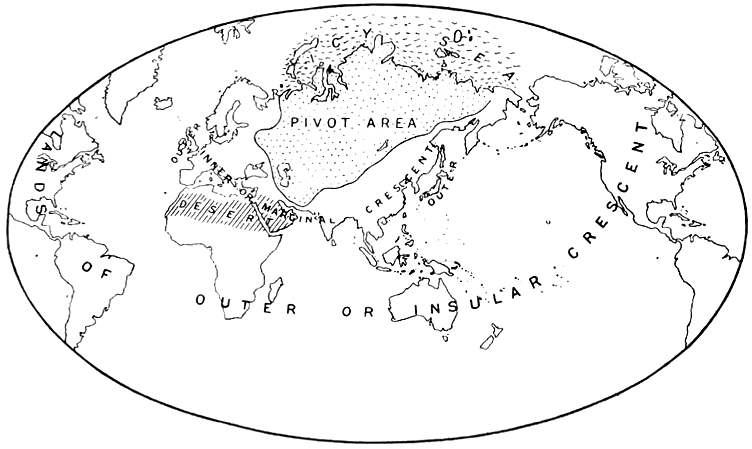 English geographer Halford Mackinder’s 1914 paper “The Geographical Pivot of History” helped to found the study of geopolitics. In it, he described his Heartland Theory, in which the world’s land surface was divided into the “World-Island,” meaning Europe, Asia, and Africa; the “offshore islands,” including Britain and Japan; and the “outlying islands,” including the continents of North America, South America, and Australia. At the world’s center lies the Heartland, stretching from the Volga to the Yangtze and from the Himalayas to the Arctic.

In 1919 he reduced his theory to three startlingly stark statements:

Who rules the Heartland commands the World Island.

He thought the “pivot area” was impregnable to attack by sea and thus capable of building a land power that could conquer the world.

“No mere academic theoretician, Mackinder injected his Heartland thesis into the 1919 Paris Peace Conference that followed World War I,” write Mark Monmonier and George Schnell in Map Appreciation. “He recommended buffer states in Eastern Europe to prevent any nation(s) from gaining control of the Heartland, especially through a German-Soviet alliance. The conference’s subsequent creation of independent states from territories that had been parts of Austria-Hungary, Germany, or Russia varied little from Mackinder’s proposal and included Estonia, Latvia, and Lithuania (along the Baltic Sea) and Poland, Czechoslovakia, and Yugoslavia (extending from the Baltic to the Adriatic).” 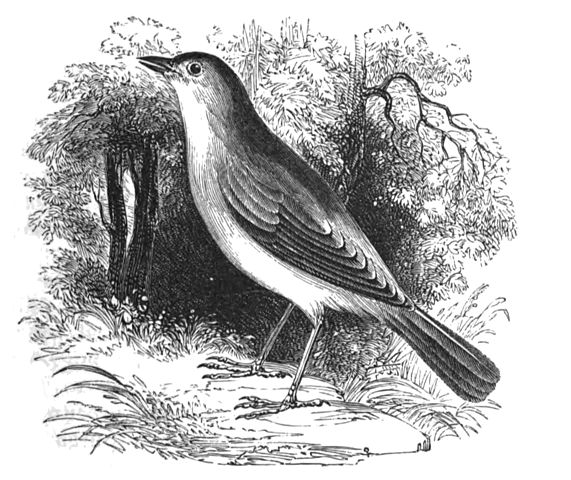 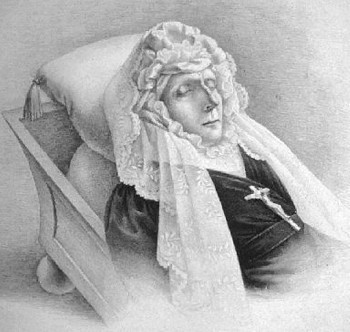 Letizia Ramolino was born in 1750. In her 85 years of life she gave birth to Napoleon Bonaparte, saw the French monarchy collapse, witnessed the French Revolution, and saw her son crowned emperor. Then she saw his death, the collapse of his empire, and the restoration of the monarchy. 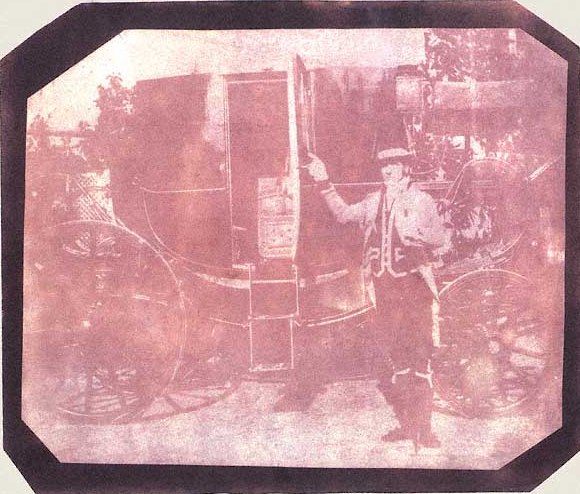 In December 1914, as the first Christmas of World War I approached, 101 British women suffragists sent a holiday message “To the Women of Germany and Austria.”

“Some of us wish to send you a word at this sad Christmastide,” it ran. “The Christmas message sounds like mockery to a world at war, but those of us who wished, and still wish, for peace may surely offer a solemn greeting to such of you who feel as we do.”

Though our sons are sent to slay each other, and our hearts are torn by the cruelty of this fate, yet through pain supreme we will be true to our common womanhood. We will let not bitterness enter into this tragedy, made sacred by the life-blood of our best, nor mar with hate the heroism of their sacrifice. Though much has been done on all sides you will, as deeply as ourselves, deplore — shall we not steadily refuse to give credence to those false tales so free told us, each of the other?

We hope it may lessen your anxiety to learn we are doing our utmost to soften the lot of your civilians and war prisoners within our shores, even as we rely on your goodness of heart to do the same for ours in Germany and Austria.

The following spring they received a reply:

If English women alleviated misery and distress at this time, relieved anxiety, and gave help irrespective of nationality, let them accept the warmest thanks of German women and the true assurance that they are and were prepared to do likewise. In war time we are united by the same unspeakable suffering of all nations taking part in the war. Women of all nations have the same love of justice, civilization and beauty, which are all destroyed by war. Women of all nations have the same hatred for barbarity, cruelty and destruction, which accompany every war.

Women, creators and guardians of life, must loathe war, which destroys life. Through the smoke of battle and thunder of cannon of hostile peoples, through death, terror, destruction, and unending pain and anxiety, there glows like the dawn of a coming better day the deep community of feeling of many women of all nations.

It was signed by 155 women of Germany and Austria.

One of the most remarkable pilots of World War II never fired a shot or dropped a bomb. With his pioneering aerial reconnaissance, Sidney Cotton made a vital contribution to Allied planning. In this week’s episode of the Futility Closet podcast we’ll describe his daring adventures in the war’s early months.

We’ll also revisit our very first story and puzzle over an unknown Olympian.