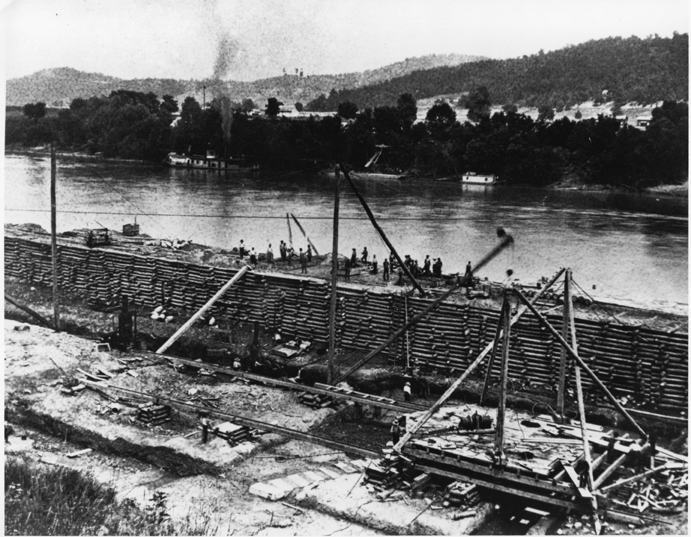 The motto of the U.S. Army Corps of Engineers is Essayons (“Let us try”). The stilt houses of Lake Maracaibo reminded Amerigo Vespucci of the Italian city, so he named it accordingly.

Get On With It Here are the Boston Beaneaters and the New York Giants on opening day 1886.

Tempers must have been running high that day — pitcher Old Hoss Radbourn (back row, far left) is giving the finger to the cameraman, the first known photograph of the gesture. In June 1917, the California Olive Association adopted the following rather terrifying size designations:

Over the years they added Jumbo, Supercolossal, and Special Supercolossal. It wasn’t until the the 1970s that the government stepped in to limit further growth: “The Department of Agriculture feels that most people would not be able to figure out which are the larger olives, except at the range of smaller sizes, whose names are the more straightforward.”

While we’re at it — champagne bottles have some impressive names of their own: The designer of the smiley, commercial artist Harvey Ball, never trademarked it and received just $45 for his work.

His son said, “He was not a money-driven guy. He used to say, ‘Hey, I can only eat one steak at a time, drive one car at a time.'”

The blinking light atop the Capitol Records tower spells out the word HOLLYWOOD in Morse code.

It’s done so ever since the building opened in 1956.

The leaders of Russia have been alternately bald and hairy since 1881.

And monarchs’ profiles on British coins have faced alternately left and right since 1653.

(The exception is Edward VIII, who stares obstinately at the back of George V’s head.)