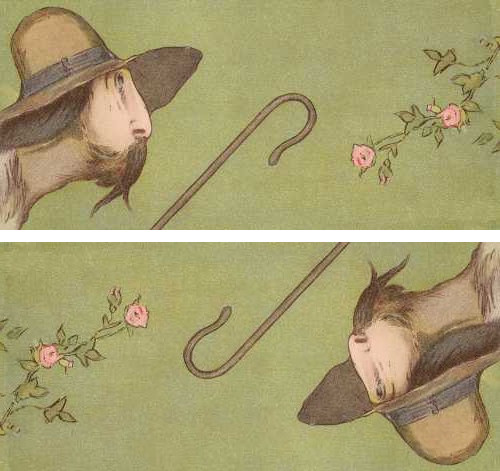 From the notebooks of Samuel Butler:

In 1925 naturalist Henry Beston built a cottage on Cape Cod and fell in love with the sea:

Sound of surf in these autumnal dunes — the continuousness of it, sound of endless charging, endless incoming and gathering, endless fulfilment and dissolution, endless fecundity, and endless death. I have been trying to study out the mechanics of that mighty resonance. The dominant note is the great spilling crash made by each arriving wave. It may be hollow and booming, it may be heavy and churning, it may be a tumbling roar. The second fundamental sound is the wild seething cataract roar of the wave’s dissolution and the rush of its foaming waters up the beach — this second sound diminuendo. The third fundamental sound is the endless dissolving hiss of the inmost slides of foam. The first two sounds reach the ear as a unisonance — the booming impact of the tons of water and the wild roar of the up-rush blending — and this mingled sound dissolves into the foam-bubble hissing of the third. Above the tumult, like birds, fly wisps of watery noise, splashes and counter splashes, whispers, seethings, slaps, and chucklings. An overtone sound of other breakers, mingled with a general rumbling, fells earth and sea and air.

He left the cottage two years later, moved back to Quincy, and proposed to Elizabeth Coatsworth. When she learned that he had many notes from his stay on the beach but no manuscript, she said, “No book, no marriage,” and The Outermost House was published in 1928.

The sea itself claimed the cottage in 1978. 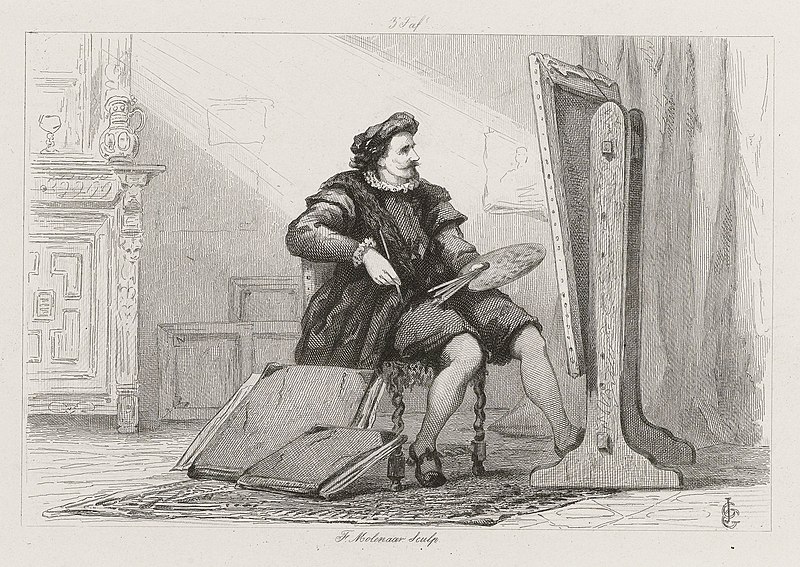 In James Thurber’s 1957 fairytale book The Wonderful O, two pirates, Black and Littlejack, assail the innocent island of Ooroo, seeking hidden treasure. Frustrated with their unsuccessful search, Black issues an edict banning the letter O, which he hates (his mother had once become wedged in an O-shaped porthole; “we couldn’t pull her in and so we had to push her out”). Accordingly the orchestra loses its violins, cellos, and trombones; the villagers must move from cottages to huts; and so on. One laments:

They are swing chas. What is slid? What is left that’s slace? We are begne and webegne. Life is bring and brish. Even schling is flish. Animals in the z are less lacnic than we. Vices are filled with paths and scial intercurse is baths. Let us gird up ur lins like lins and rt the hrrr and ust the afs.

I’ll leave you to read the resolution yourself.

Jardine’s title comes from the observation “It calms you down, a good comb,” remarked by an unnamed character in Spark’s 1960 novel The Ballad of Peckham Rye. 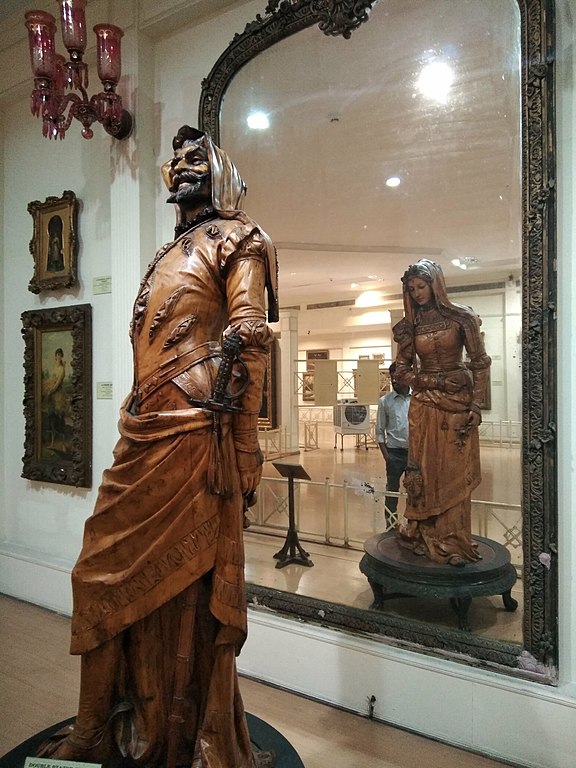 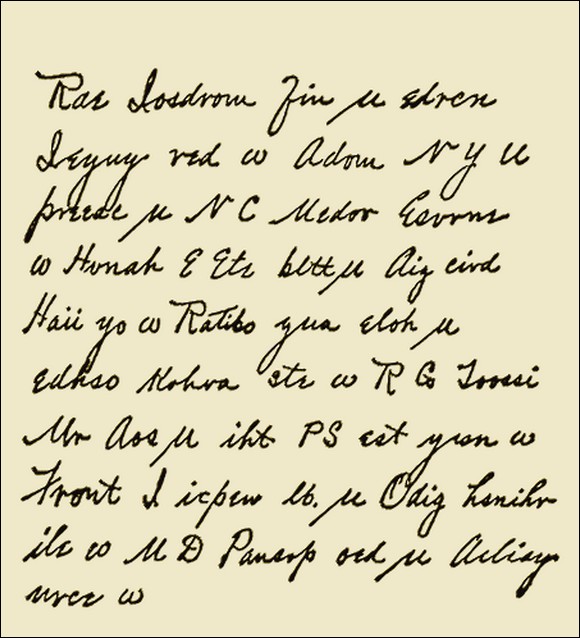 In Lloyd C. Douglas’ 1929 novel Magnificent Obsession, a doctor dies of a heart attack, leaving behind a journal written in cipher. The first page is shown here. Can you read it?

William Wallace Cook (1867-1933) claimed to have worn out 25 typewriters in as many years turning out hundreds of nickel and dime novels, all of them written in the same format, 40,000 words divided into 16 chapters of five single-spaced pages each. At the end of his career he published his system for generating plots, billed as “Plotto, an invention which reduces literature to an exact science.”

The “invention” is really a list of story ideas, all molded to Cook’s basic notion of a plot: “Purpose, opposed by Obstacle, yields Conflict.” The protagonist wants to find happiness in love and courtship, married life, or enterprise; he encounters a conflict and must reach a resolution. What makes the book fun is the absurd specificity of some of the ideas. Here’s an example:

The numbers refer to elements that might be varied, to related plots, and to character types that might figure in the story. Varying the combinations might produce several million different stories. This is certainly formulaic, but, Cook said, “There are any number of highbrow authors who will ridicule this invention in public and use it in private.” (In fact both Alfred Hitchcock and Erle Stanley Gardner admitted in interviews that they’d read the book, which went through multiple editions.)

The numbered master list gives 1,462 plots, all linked with character symbols and apparently all thought up by the author. The full text is on the Internet Archive.

“Busy as a Fiddler’s Elbow”

“Strong men are made by opposition,” wrote Frank Harris. “Like kites they go up against the wind.”