Like the Tehachapi Loop, this is a beautiful solution to a nonverbal problem. When the towpath switches to the other side of a canal, how can you move your horse across the water without having to unhitch it from the boat it’s towing?

The answer is a roving bridge (this one is on the Macclesfield Canal in Cheshire). With two ramps, one a spiral, the horse passes through 360 degrees in crossing the canal, and the tow line never has to be unfastened.

Sculptor Edward Ihnatowicz’s Sound Activated Mobile (SAM) was the first moving sculpture that could respond actively to its surroundings. Listening through four microphones in its head, it would twist and crane its neck to face the source of the loudest noise, like an earnest poppy.

In the 1870s Philadelphia’s Augustus Pleasonton convinced himself that blue light had almost miraculously beneficial properties: He and his followers insisted that it cured disease, promoted hair growth, banished deafness, even resolved insanity. In 1871 he patented a greenhouse (or bluehouse, I suppose) that would “accelerate the growth and maturity of plants and animals.”

It fell to Scientific American to point out that cobalt blue glass diminishes all rays across the visible spectrum; it just diminishes blue and violet light somewhat less than other wavelengths. A plant (or anything else) would receive more blue light simply standing in the sun than hidden in Pleasonton’s hut.

The fad faded, and by the inventor’s death in 1894 it had been forgotten. “It is amusing to see people making fools of themselves,” observed the Boston Globe, “but it soon grows wearisome.” 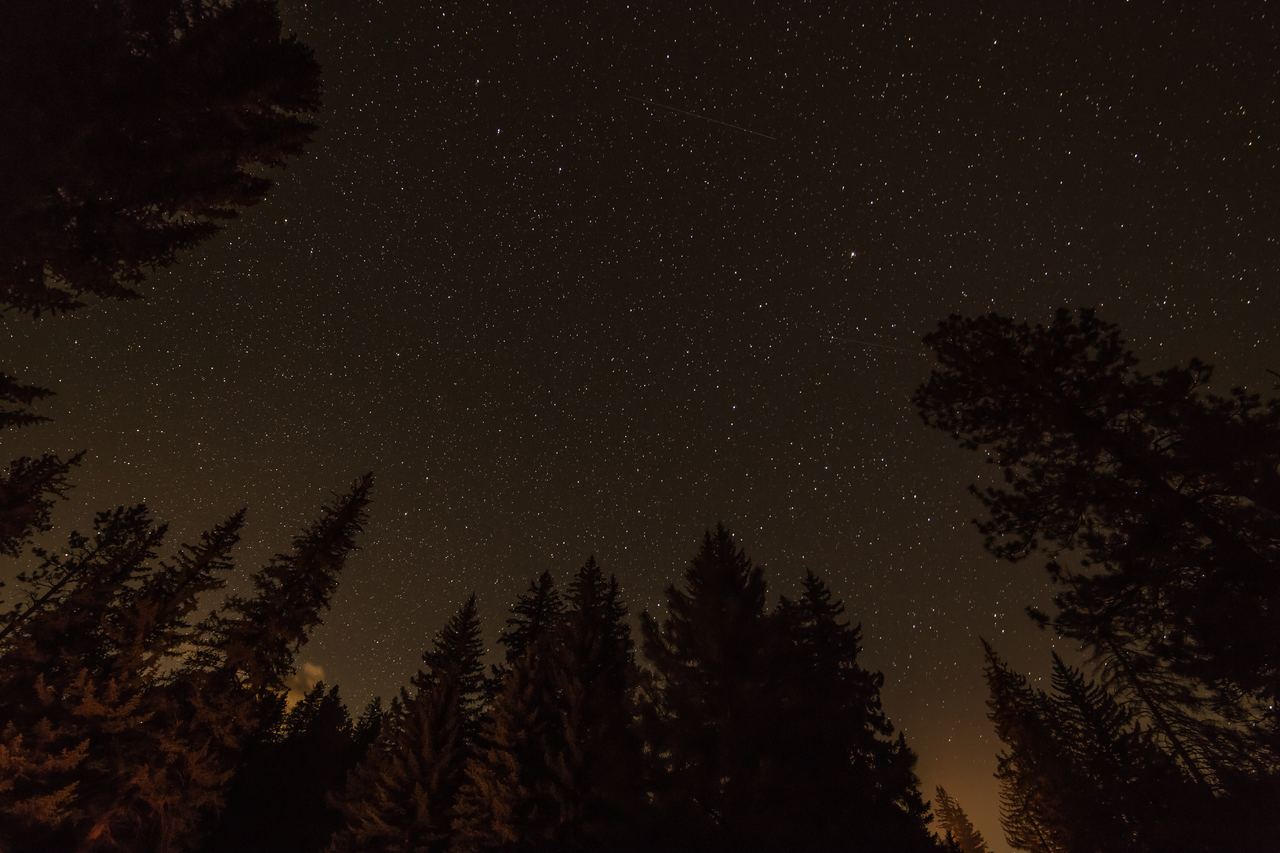 END_OF_DOCUMENT_TOKEN_TO_BE_REPLACED

This is fantastic — in 2017, 56 enthusiasts built an O-gauge model railway 71 miles long, connecting Fort William and the City of Inverness in the Scottish Highlands. At a scale of 46:1, that’s half the length of the Trans-Siberian Railway.

Only one journey was made on the completed railway. The locomotive Silver Lady departed Corpach Double Lock on June 23, 2017, and arrived, on time, at Inverness Castle on July 1. 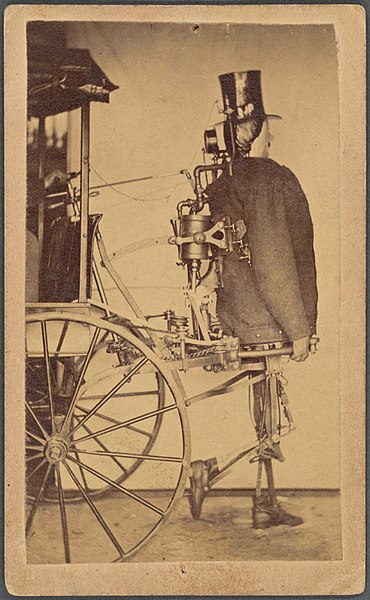 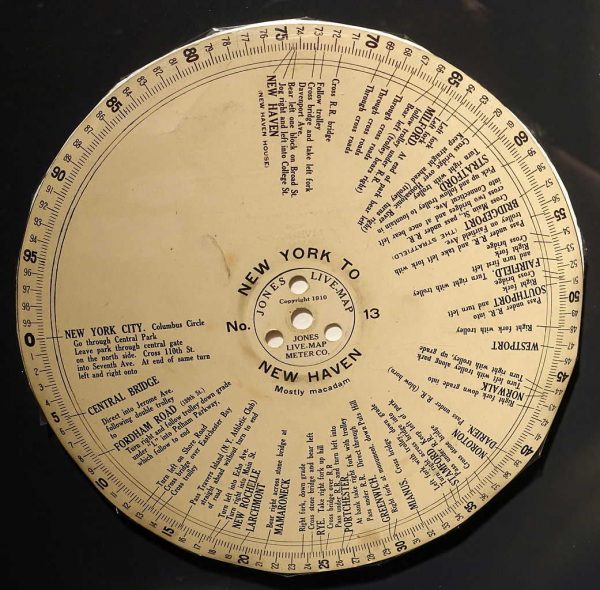 “Under its guidance the most muddling twists, turns and corners melt away behind you,” read the advertisement. “It is better than a Human Guide because it is always doing its work to the exclusion of everything else. … The Jones Live-Map emancipates you from slavery to great, flopping maps and profound route-books that you can’t make head or tail of without stopping.”

You could mount it on the dashboard, carry it in your lap, and even hand it to other occupants. The downside was that if you missed a turn you’d have to find a town on the route and recalibrate the device — and it cost $75 in 1909, or more than $2,000 today.

In 1924 cellist Beatrice Harrison was playing to the birds in her Oxted garden when “I suddenly stopped and thought, ‘Why should I be the only being to have the joy of hearing the nightingale and the cello sing together? If only it were possible for people, even at the other end of the world, to hear him, those who have never heard the most exquisite bird sing.'”

The BBC resisted her idea at first — no wild bird had ever been broadcast before — but on May 19 they arranged a live performance in the garden, and “the nightingale burst into song as I continued to play. … I shall never forget his voice that night, or his trills, nor the way he followed the cello so blissfully. It was a miracle to have caught his song and to know that it was going, with the cello, to the ends of the earth.”

The only listener who remained unimpressed was her gardener. “I loves your music, Miss,” he told her, “but I do wish it didn’t attract them birds the way it do. They eats up all the fruit, something cruel.”

(From her 1985 autobiography, The Cello and the Nightingales.)

In 1928, when London’s Society of Model Engineers received word that the Duke of York would be unable to open its annual exhibition, acting secretary W.H. Richards said, “Very well, I will find a substitute: it is a mechanical show, let us have a mechanical man to open it.”

So they did. Attendees that September were greeted by a robot named Eric who could stand up, bow, look left and right, deliver a four-minute opening address “with appropriate gestures,” and sit down. The speech, imparted by a radio signal, was described as “really sparkling” — apparently literally, as blue sparks shot from Eric’s teeth. From the Model Engineer and Light Machinery Review:

The Exhibition of 1928 has been one of the most successful we ever had. … The ‘Robot’ was a continuous attraction; he drew thousands of people to see his remarkable performance. … It is estimated that he rose and bowed to his audiences more than a thousand times during the week, and he not only amused the majority of his visitors, but positively amazed and bewildered them with his clever movements and conversation.

In 1929 Eric toured America, where he visited Harvard and MIT and informed interviewers that he did not gamble, drink, or run around at night. That’s reassuring, because eventually he disappeared — London Science Museum curator Ben Russell told the Telegraph, “No one quite knows what happened to him, whether he was blown up or taken to pieces for spare parts.” So, working from old photographs, the museum rebuilt him, and he appeared, debonair as ever, in a 2017 exhibition:

In the collection of the Smithsonian Institution is this 460-year-old automaton, a robot monk who walks in a square, beats his breast in contrition, raises a rosary and crucifix to his lips, turns and nods his head, rolls his eyes, and mouths obsequies. Its origin is not clear: The story goes that when the Spanish king’s son was ailing the relics of a Franciscan monk were brought to his side, and after he recovered the king commissioned the automaton in gratitude.

But no one really knows. “Many of the earliest automata were commissioned as expressions of religious belief: models of Jesus bled, automata of Satan roared and screamed, moving tableaux of biblical scenes were quite commonplace, coming to life for festivals and holy days,” writes historian E.R. Truitt in Ben Russell’s Robots: The 500-Year Quest to Make Machines Human. “Amazingly, no fewer than three mechanical monks survive: this one … and two more in Munich and Budapest, at the Deutsches Museum and Museum of Applied Arts respectively.”