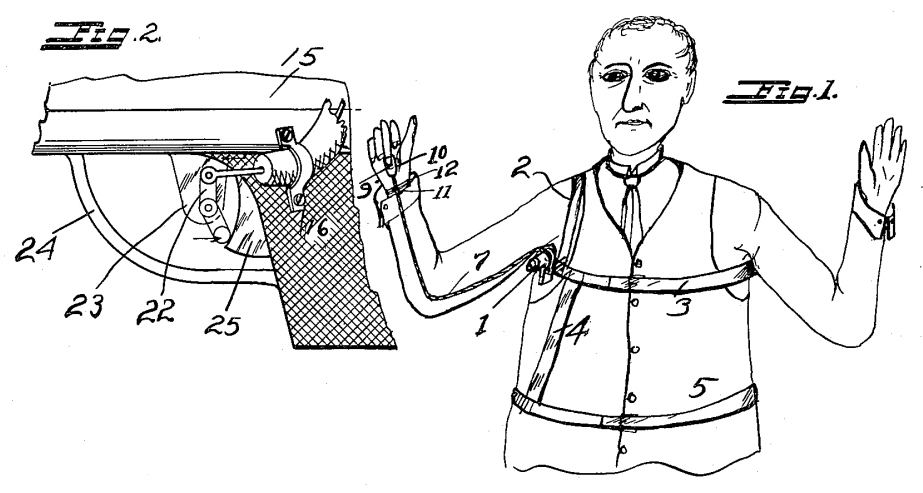 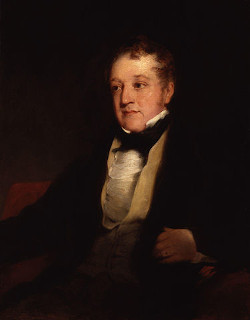 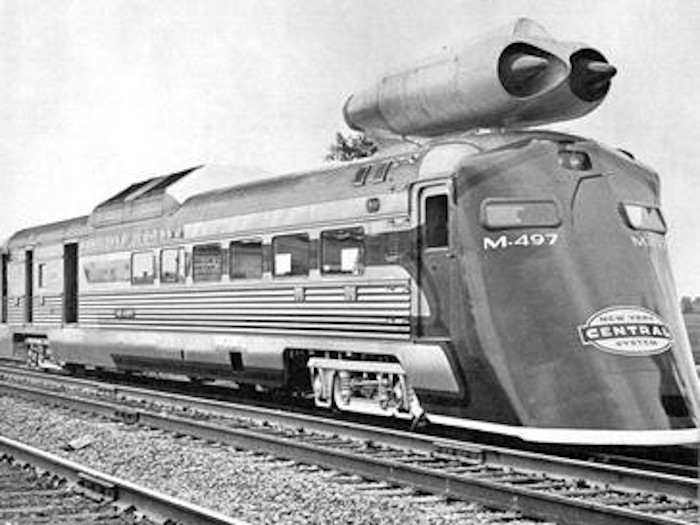 In 1919, Mrs. Ray Werner patented a military overcoat with an inflatable lining:

The primary object of my invention is to provide a garment, the back of which may be inflated to provide a resilient support for the body of the wearer without removing the garment, thus providing a greater comfort while reclining in a recumbent position.

A separate compartment can be inflated into a pillow. The application was granted that September; I don’t know whether it was ever manufactured. 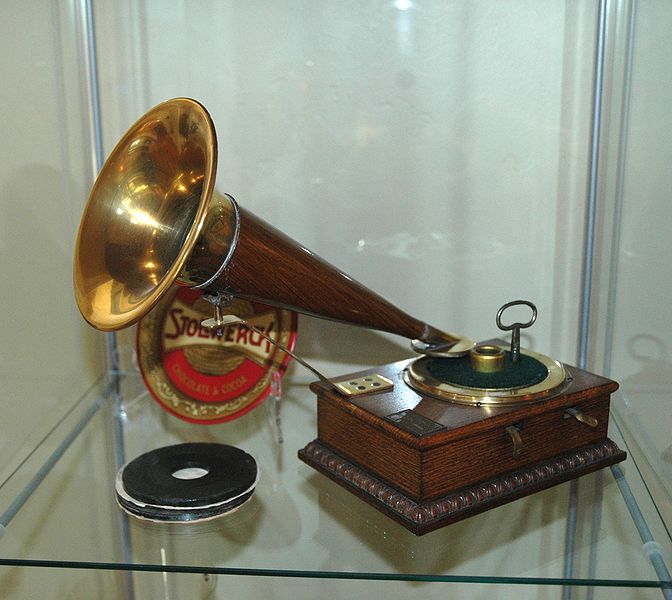 “When a song no longer pleases, oh well!” wrote the French magazine La Nature. “Just savor the disc like you would a simple snack, and eat it.” 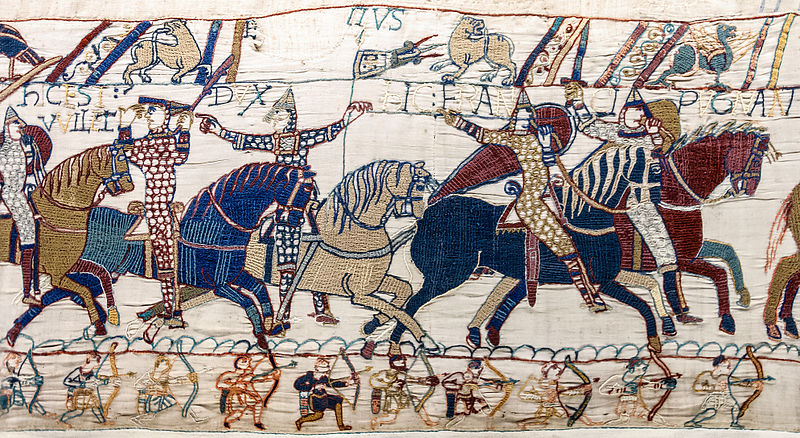 The Norman Conquest unfolded before the advent of modern heraldry, so warriors couldn’t be identified reliably by the designs on their shields, and their hoods and helmets tended to obscure their faces. As a result they were often unrecognizable. At the Battle of Hastings, William the Conqueror had to raise his helmet to show that he was not dead, as recorded on the Bayeux Tapestry (Eustace II, Count of Boulogne, points to him to rally the troops). Combatants began to carry armorial shields early in the 12th century. 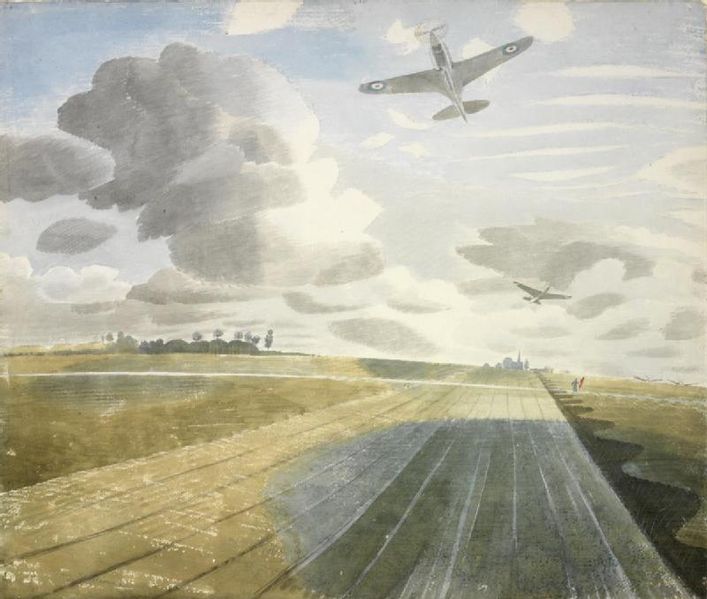 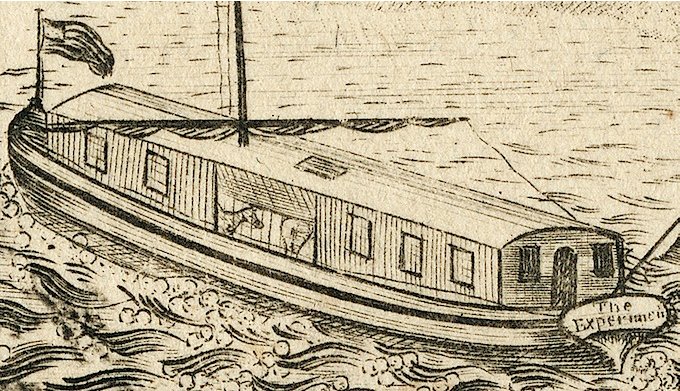 In June 1809, a ferry boat called the Experiment set out from Providence, R.I. for Pawtuxet Village. It was named for an innovative propulsion system: a screw propeller driven by eight horses on a treadmill. Unfortunately the mechanism was poorly realized — even with a favorable wind and tide, the craft made only 4 knots on her outbound journey, and on the return a gust of wind blew her into mud flats, ending her career. She was broken up and sold to remunerate the creditors, and even the patent was lost in an 1836 fire, but the innovation of the screw propeller would find a place in other designs.