Japanese artist Tatsuo Horiuchi creates digital art in Microsoft Excel. As he neared retirement he decided to take up painting, but he wanted to save the cost of brushes and pencils, so he used a tool he already owned, Microsoft’s popular spreadsheet program.

“I never used Excel at work but I saw other people making pretty graphs and thought, ‘I could probably draw with that,'” he told My Modern Met. “Graphics software is expensive, but Excel comes pre-installed in most computers … And it has more functions and is easier to use than Paint.”

He began painting in Excel in the year 2000. “I set a goal,” he says, “in 10 years, I wanted to paint something decent that I could show to people.” After only six years he took first prize at the Excel Autoshape Art Contest, and he’s been at it now for more than 15 years.

He sells the digital paintings as limited-edition prints that you can see and purchase here.

END_OF_DOCUMENT_TOKEN_TO_BE_REPLACED 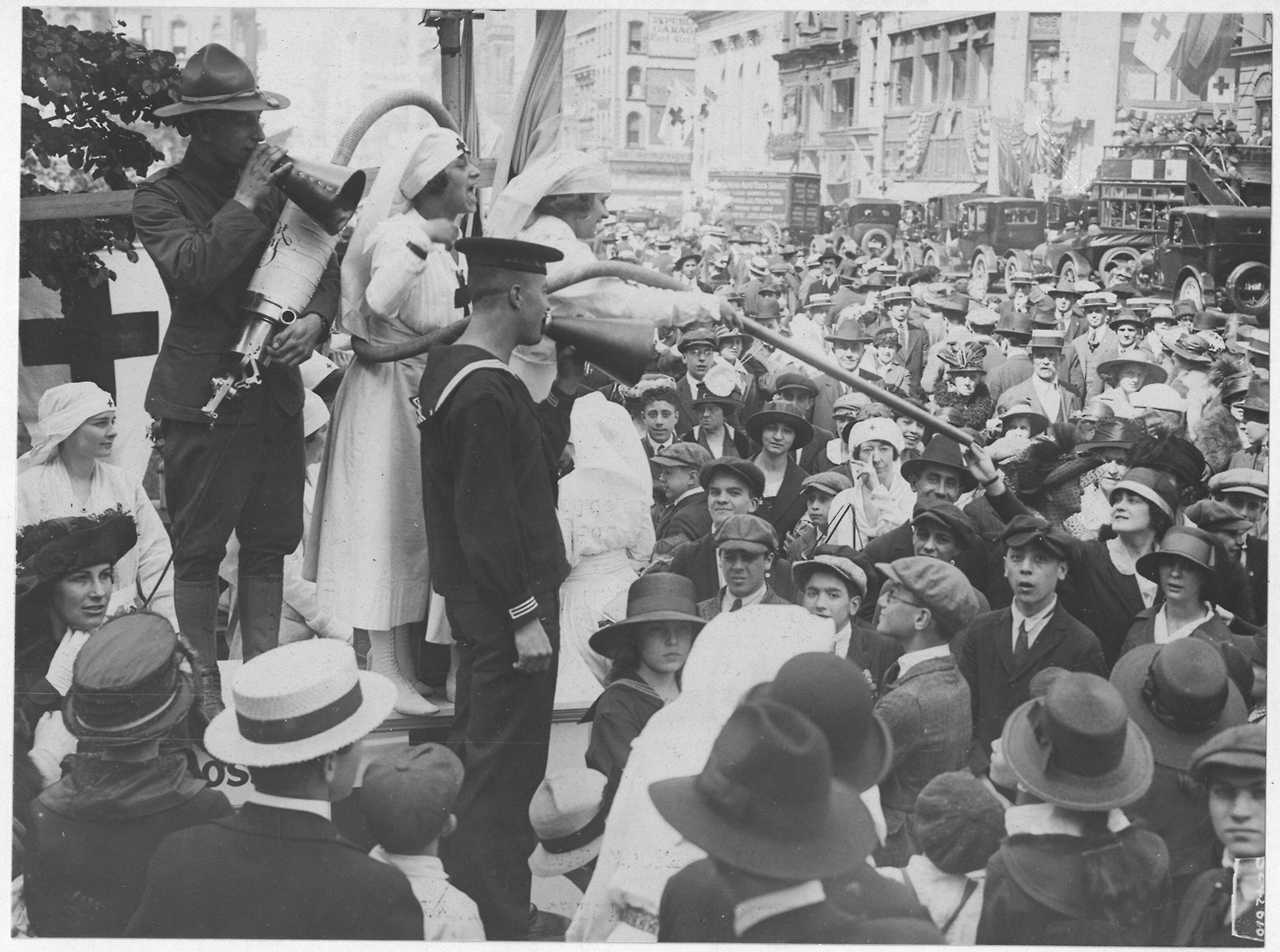 During World War I the Red Cross solicited contributions by literally sucking them out of a crowd with a vacuum cleaner.

The stunt took place on May 25, 1917, before the New York Public Library. From Scientific American: “While a soldier and a sailor urged the public to hand in their contributions the suction tube of the machine was reached out over the crowd. The suction was sufficient to draw up pieces of money of any denomination and deposit them in the bag of the vacuum cleaner. By this means it was possible to reach the crowd readily and it was unnecessary for a contributor to elbow his way through the jam in order to reach the Red Cross workers.”

The National Archives notes, “So great was the eagerness of the people to have their coins taken in by the cleaner that the bag inside the vacuum cleaner had to be emptied several times.” 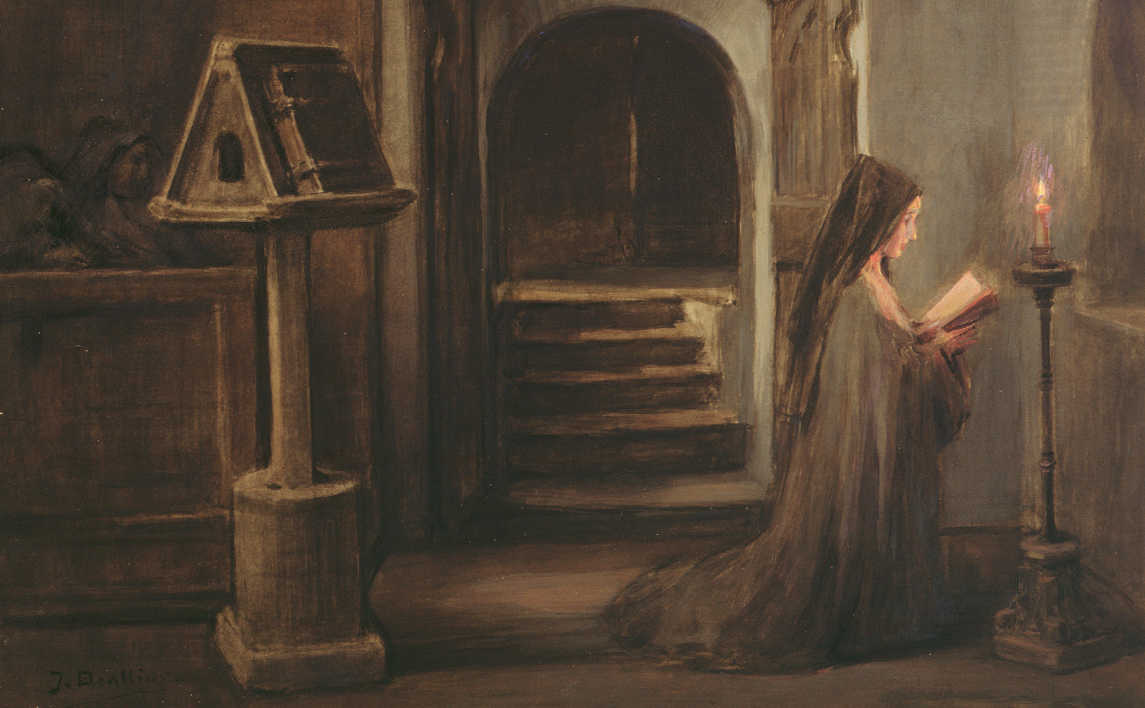 When Saint Clare of Assisi was too ill to attend mass, an image of the service would appear on the wall of her cell.

So in 1957 Pope Pius XII designated her the patron saint of television. 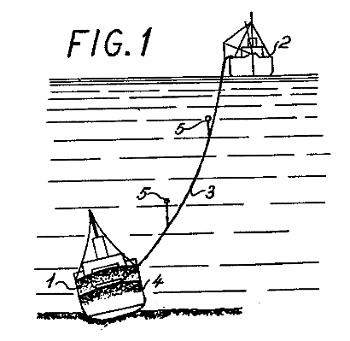 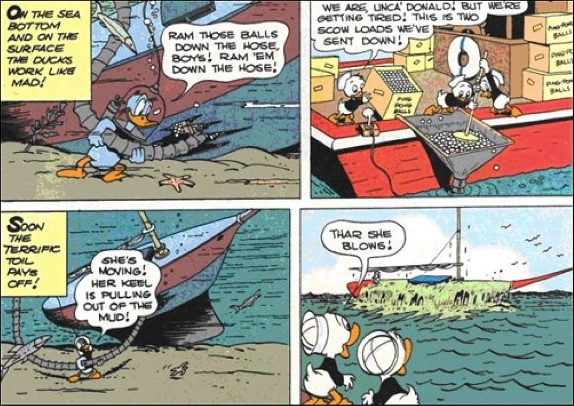 Izhar Gafni makes bicycles out of cardboard. The Israeli mechanical engineer can make a 20-pound bicycle that will support a rider of nearly 250 pounds, and its low-cost components make it unattractive to thieves — Gafni fashions the frame, wheels, handlebars, and saddle from sheets of cardboard that are folded and glued together; the tires and drive belt are recycled rubber, and the seat and some of the gears are made of recycled plastic bottles. “It’s one of the most green products you can imagine,” his partner Nimrod Elmish told the Times of Israel in 2012.

The company is pursuing partnerships to distribute cardboard bicycles and wheelchairs in Africa at little to no cost for the end user. “There is much to say about cardboard,” Elmish said. “This bicycle is the beginning of a materials revolution.” 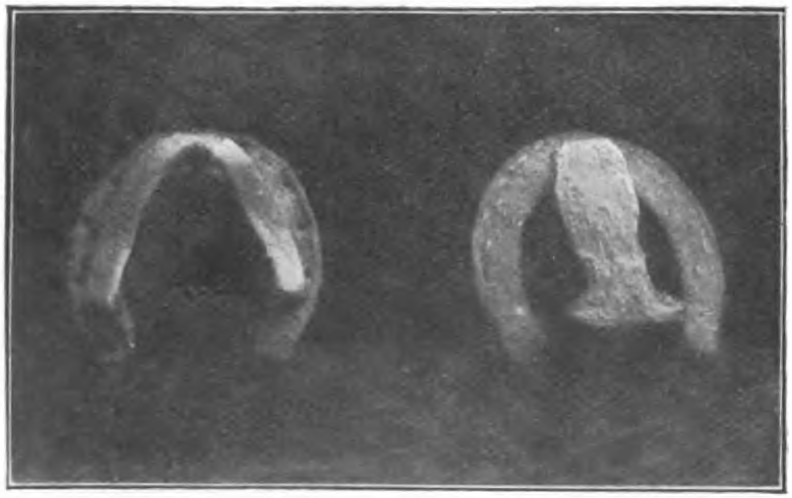 Miss Alice E. Lewis sent this curiosity to the Strand in 1903:

These false horseshoes were found in the moat at Birtsmorton Court, near Tewkesbury. It is supposed that they were used in the time of the Civil Wars, so as to deceive any person tracking the marks. The one on the left is supposed to leave the mark of a cow’s hoof, the one on the right that of a child’s foot.

The same idea has been used by moonshiners and patented at least twice. Does this really work?

“I understand that a computer has been invented that is so remarkably intelligent that if you put it into communication with either a computer or a human, it can’t tell the difference!” — Raymond Smullyan

In the mid-1990s Jacques Jouet introduced “metro poems,” poems written on the Paris Métro according to a particular set of rules. He explained the rules in a poem:

Jouet’s poem was itself composed in the Métro, according to its own rules. Presumably this type of writing could be done in any subway, but Marc Lapprand notes that the Paris system supports it unusually well: It’s dense, with 368 different stations, including 87 connecting points (or 293 nominal stations, including 55 connecting points) and a fairly short distance between them (543 meters, on average). The average run between two stations in Paris is a minute and a half, which means the poet has to think quickly in order to keep up.

Levin Becker, who tried the technique for his book 2012 Many Subtle Channels, found it surprisingly challenging: “It constrains the space around your thoughts, not the letters or words in which you will eventually fit them: you have to work to think thoughts of the right size, to focus on the line at hand without workshopping the previous one or anticipating the next.”

In April 1996 Jouet wrote a 490-verse poem while passing through every station in the Métro, following an optimized map laid out for him by a graph theorist. “At the end of those fifteen and a half hours,” he wrote, “I was very tired.”