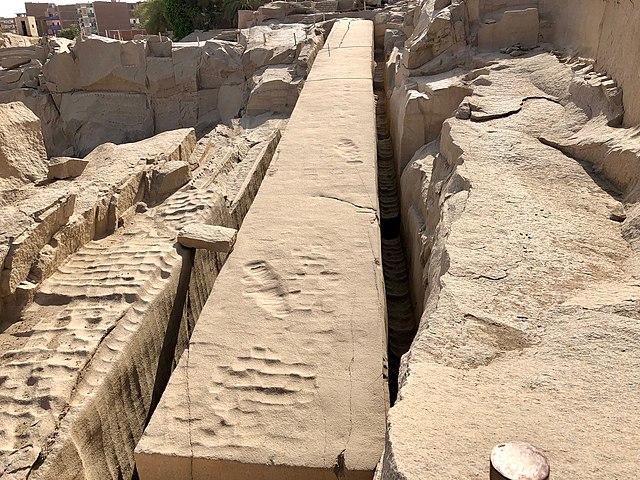 In a quarry at Aswan lies an unfinished obelisk, the largest the ancient Egyptians ever attempted. It’s 137 feet long and weighs more than 1,000 tons, more than two jumbo jets or 200 African elephants. If it had been completed it would have weighed more than twice as much as any other obelisk that the Egyptians ever erected. Cracks appeared in the granite before workers could carve it from the bedrock, so the project was abandoned.

“The obelisk is so large that it makes a cameo appearance in Cecil B. DeMille’s 1923 silent film The Ten Commandments,” writes Egyptologist Bob Brier in Cleopatra’s Needles (2021). “In one scene we see Israelites toiling under the whip of a cruel taskmaster, pulling a large block of stone up an inclined ramp. That incline is the unfinished obelisk!”