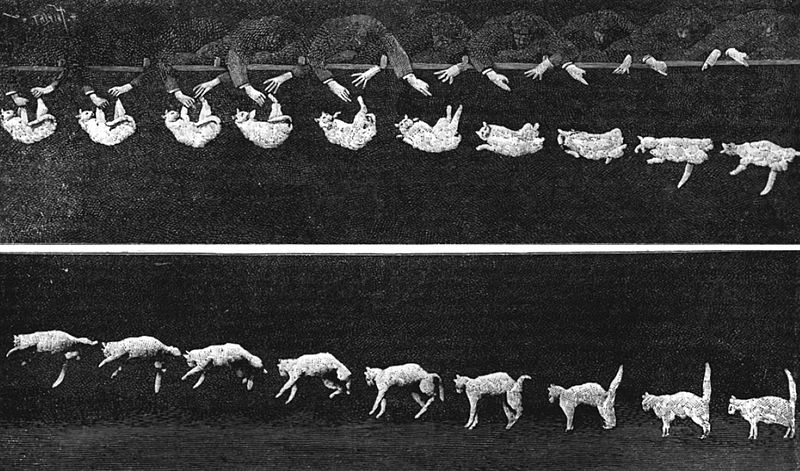 The first motion picture to feature a live cat is believed to be this 1894 short in which French physiologist Étienne-Jules Marey drops an inverted feline to watch it land on its feet.

When the experiment was published in Nature in 1894, the editors wrote, “The expression of offended dignity shown by the cat at the end of the first series indicates a want of interest in scientific investigation.”