The traditional magic square is a square array of n×n distinct numbers, their magical property being that the sum of the n numbers occupying each row, column, and diagonal is the same. A variation on this theme that I introduced in 2011 is the geometric magic square in which distinct geometrical figures (usually planar shapes) occupy the cells of the array rather than numbers. The magical property enjoyed by such an array is then that the n shapes making up each row, column, and diagonal can be fitted together as in a jigsaw puzzle so as to yield (i.e. tile) a new compound shape that is the same in each case.

Beyond ‘ordinary’ geometric magic squares, it turns out that the combinative properties of shapes are such as to enable ‘magical’ constructions that are denied to analogous structures using numbers. For example, at left in the figure above is seen a 3×3 square of a kind that cannot be realized using distinct numbers rather than shapes. Note first that the square is to be understood as ‘toroidally-connected’, which is to say, as if inscribed on a torus. Its left-hand edge is then to be interpreted as adjacent to its right-hand edge and its top edge adjacent to its bottom edge. Its magical property is then that the four pieces contained within any 2×2 subsquare can be assembled to produce an identical shape, in this case a rectangle of size 4×5. In all there are nine such subsquares to be found in the square, as seen (again in a square) at right. Note that three of the pieces are disjoint, my attempts to produce a similar solution using nine unbroken pieces having failed. So whereas a 3×3 magic square, numerical or geometric, satisfies at least 8 separate conditions ( 3 rows + 3 columns + 2 diagonals), the square here shown satisfies one more.

Offered in 1950, the alarmingly named Gilbert U-238 Atomic Energy Laboratory was exactly that — a children’s chemistry set that included radioactive material, in this case four glass jars containing uranium-bearing (U-238) ore samples.

“Produces awe-inspiring sights!” read the catalog. “Enables you to actually SEE the paths of electrons and alpha particles traveling at speeds of more than 10,000 miles per SECOND! Electrons racing at fantastic velocities produce delicate, intricate paths of electrical condensation — beautiful to watch. Viewing Cloud Chamber action is closest man has come to watching the Atom!”

It sounds rather worse than it was — in 2020 IEEE Spectrum determined that the likely radiation exposure was “minimal, about the equivalent to a day’s UV exposure from the sun” if the samples were not removed from their containers, in accordance with the safety instructions.

Children were not the best market for a fairly sophisticated kit, and fewer than 5,000 were sold, but creator Alfred Carlton Gilbert didn’t go hungry — he’d also invented the Erector Set.

Just a little detail that I thought was interesting: Famously the moon appears larger when it’s near the horizon, but you can defeat this illusion by bending over and viewing it between your legs.

Why this works isn’t clear — possibly it’s because the image is inverted on the retina, or it may be an effect of inverting the body’s orientation.

The largest known protein, titin, also has the longest name, under the method recommended by the International Union of Pure and Applied Chemistry. But the distinction is purely academic — at 189,819 characters, the full name is so spectacularly unwieldy that it can’t be considered a practically useful word. 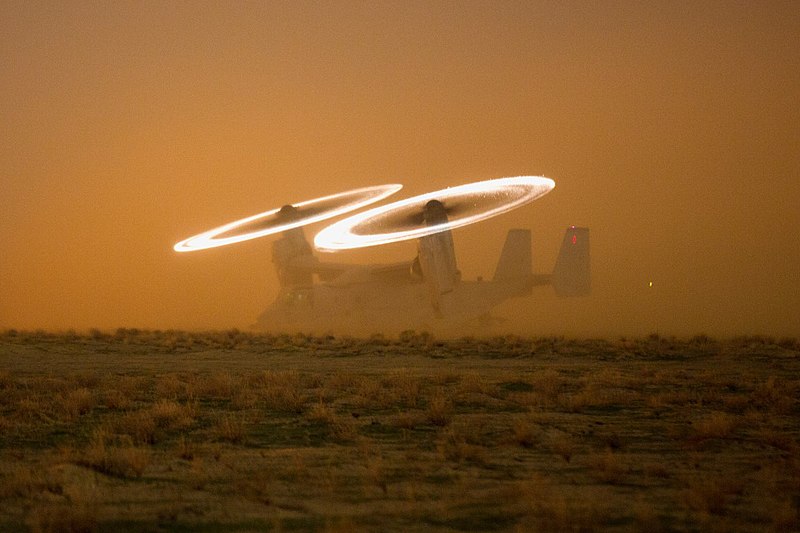 In desert conditions, helicopter rotors are sometimes surrounded by sparkling rings. When flying sand strikes the abrasion strips on the leading edges of the blades, clouds of eroded titanium particles ignite as they’re exposed to oxygen.

The effect is most visible at night when the aircraft is near the ground, but it’s been observed as high as 1700 feet. It’s named after Benjamin Kopp and Joseph Etchells, two soldiers killed in combat in Afghanistan in July 2009.

Psychologist Abraham S. Luchins discovered a discouraging phenomenon in 1942: When people find a problem-solving strategy that works successfully in multiple trials, they’ll tend to adopt the same strategy even in situations when more efficient solutions are available.

Suppose you’re given water jugs with capacities of 21 units (A), 127 units (B), and 3 units (C) of water. Then you’re asked to use these to measure out 100 units of water. You find that you can do this by filling jug B and using that to fill jug A once and jug C twice, leaving 100 units in jug B. In several similar problems you find that this strategy, B – A – 2C, works.

But then you’re given an “extinction problem” in which this strategy doesn’t work. And in the next problem you’re given jugs of capacity 15, 39, and 3 and asked to measure 18 units of water. The old strategy, B – A – 2C, works here, but there’s a simpler solution: A + C.

In Luchins’ experiments, a control group that had not been primed with the early B – A – 2C successes hit immediately on the A + C solution in the last test. But subjects who did have those early successes tended to revert to the original strategy, reflecting a “mechanized” state of mind that prevented them from seeking more efficient solutions. When Luchins told them “Don’t be blind,” more than half of them found the A + C solution.

The reasons for this are still being studied in different populations and with different types of tasks. Luchins acknowledges that habit can be useful, but notes that when, “instead of the individual mastering the habit, the habit masters the individual — then mechanization is indeed a dangerous thing.”

Lime juice is phototoxic — on contact it sensitizes the skin to ultraviolet light, so that exposure to sunlight can then produce redness, itching, burning, and even blisters.

The reaction is called phytophotodermatitis, or margarita photodermatitis. It can also be caused by celery, parsnips, parsley, and figs.

A dominant male long-tailed manakin acquires a team of subordinate males to help him woo females. “It’s the only example of cooperative male-male displays ever discovered in the entire animal kingdom,” writes Noah Strycker in The Thing With Feathers.

It’s common for male animals to cooperate to impress females, but typically each of those males is hoping to mate. Among manakins the eldest male gets this right, and the others defer until they succeed him.

Strycker writes, “A pair of male long-tailed manakins may work together like this for five years, building up their jungle reputation as hot dancers, before the alpha male dies and the backup singer takes his place with a new apprentice.” 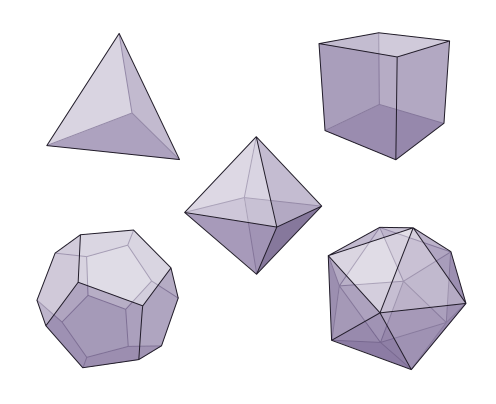 Conducting a workshop on paper folding and geometry for a group of gifted 10-year-olds in 1977, Santa Clara University mathematician Jean Pedersen passed around a collection of polyhedra and asked the students which shapes they’d classify as “regular.” To her surprise, the only one who chose the five platonic solids was Peter Wilson, a blind student.

The others immediately responded, “That’s not fair, Peter’s blind!” So Pedersen agreed to let them try again, this time feeling the models with their eyes closed. Now every student chose the five platonic solids.

“I’m not sure what all the ramifications of these events are,” Pedersen wrote in a letter to the Mathematical Intelligencer, “but begin with this: we can perceive things with just our hands that we miss when we use both our eyes and our hands. Sometimes less really is more.”

In 1822, when Europeans were still searching for an explanation for the annual disappearance of some bird species, a white stork appeared bearing a central African arrow in its neck. This helped to show that some birds migrate long distances for the winter.

The stuffed stork can be seen today at the University of Rostock, where it bears the magnificent name Rostocker Pfeilstorch (“arrow stork from Rostock”).