You have 101 coins, and you know that 50 of them are counterfeit. Every true coin has the same weight, an unknown integer, and every false coin has the same weight, which differs from that of a true coin by 1 gram. You also have a two-pan pointer scale that will show you the difference in weight between the contents of each pan. You choose one coin. Can you tell in a single weighing whether it’s true or false?

In 1934, Victor Gollancz published The Torquemada Puzzle Book, a miscellany of verbal puzzles by Edward Powys Mathers, who under the name Torquemada devised cryptic crossword puzzles for the Observer between 1926 and his death in 1939. At the back of the book was a short novel titled Cain’s Jawbone, which came with a unique twist:

Cain’s Jawbone, the bald narrative of a series of tragic happenings during a period of less than six months in a recent year, has met with an accident which seems to be unique in the history of the novelette. The pages have been printed in an entirely haphazard and incorrect order, a fact which reflects little credit on somebody. The author assures his readers, however, that while it is now too late for him to remedy the ordering of the pages, it is quite possible for them, should they care to take the trouble, to reorder them correctly for themselves. Before they attempt to do this, they may care to be assured that there is an inevitable order, the one in which the pages were written, and that, while the narrator’s mind may flit occasionally backwards and forwards in the modern manner, the narrative marches on, relentlessly and unequivocally, from the first page to the last.

The novel’s 100 pages had been printed and bound out of order. To solve the puzzle, the reader had to sort them into the correct order, read the story, solve the mysteries, and reveal the murderers. The task was so difficult that only two puzzlers solved it. Their names were printed in the Observer, but the solution to the problem was never revealed.

Last year the Laurence Sterne Trust got a copy of the book and has crowdfunded a new edition. For £30 you’ll get a box containing 100 jumbled pages, which you have to sort into a coherent mystery story, then identify six murderers and their six victims. The competition will run for 12 months from the date of publication, and the winner gets £1,000. As I write this 659 backers have signed up, putting the project well over its funding goal, but a publication date hasn’t yet been announced. You can find more info here and here.

Note: The announcement ends with a warning: “This is not a competition for the faint-hearted. The puzzle is phenomenally difficult.”

A puzzle from James F. Fixx’s More Games for the Superintelligent, 1976:

A rope 150 feet long is strung between the tops of two flagpoles, each 100 feet high. At its lowest point the rope sags to within 25 feet of the ground. How far apart are the flagpoles? 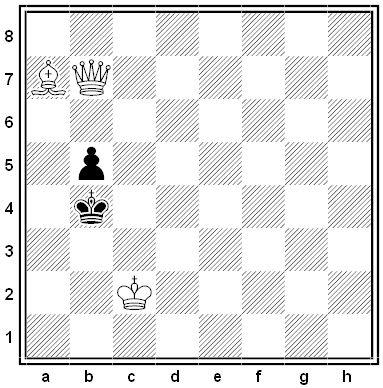 A sneaky puzzle by grandmaster Sammy Reshevsky. White to mate in two moves. 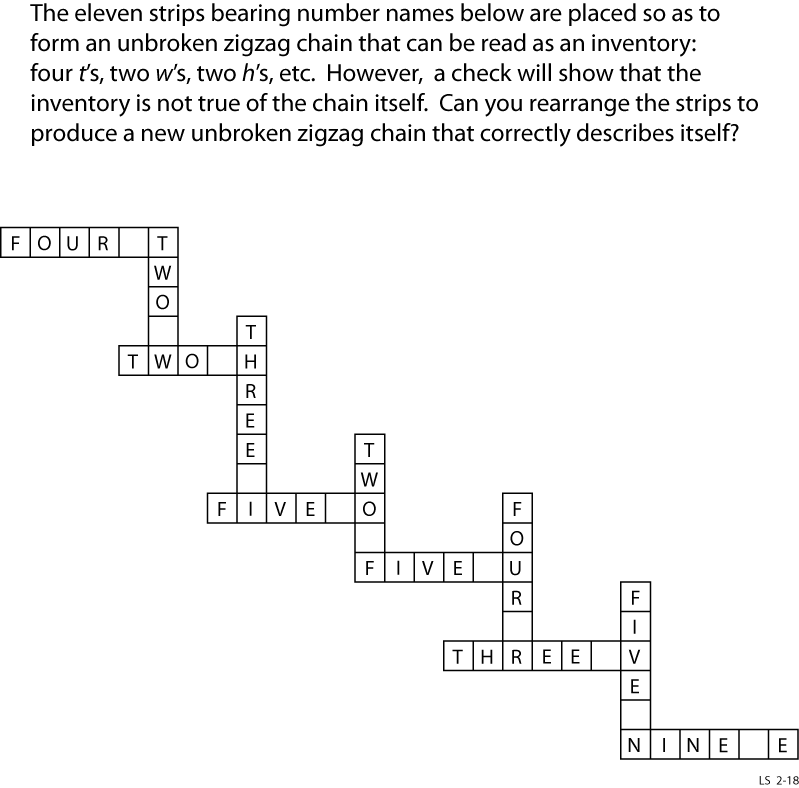 A puzzle by David L. Silverman:

On the back of an envelope you find an interrupted game of tic-tac-toe (noughts and crosses). You know that each player was an expert, which means that she never puts herself into a potentially losing position and that she always wins if her opponent gives her the opportunity. There are two Xs and two Os in the diagram, and it is impossible to tell whose move it is. Neglecting symmetry, what is the position?

Here are five new lateral thinking puzzles — play along with us as we try to untangle some perplexing situations using yes-or-no questions.

END_OF_DOCUMENT_TOKEN_TO_BE_REPLACED 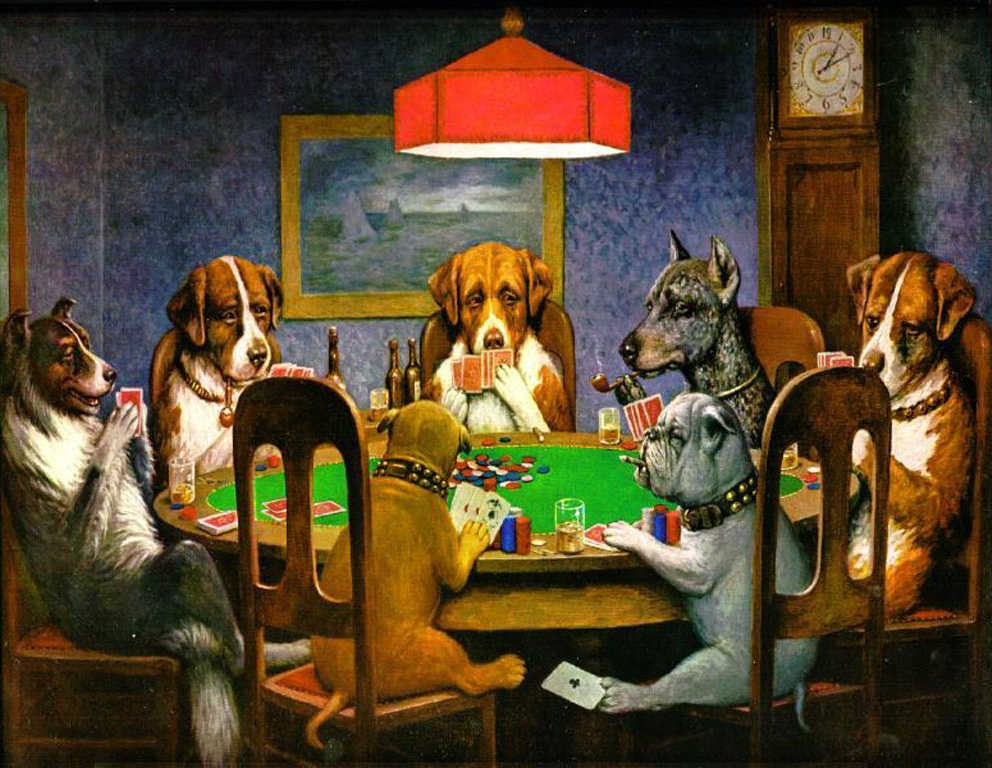 In poker, suppose you’re dealt a pair. Is the probability that your opponent also holds a pair higher, lower, or the same as it would be if you held nothing? 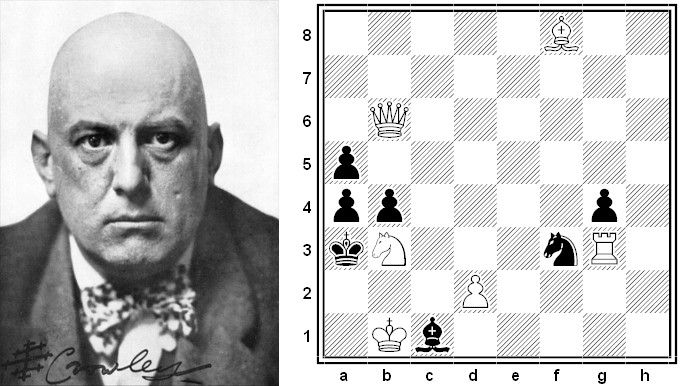 The English occultist Aleister Crowley, “the wickedest man in the world,” was a skilled chess player. In 1894 he published several problems in the Eastbourne Gazette under the pseudonym Ta Dhuibh. This one appeared on Feb. 21. How can White mate in two moves? 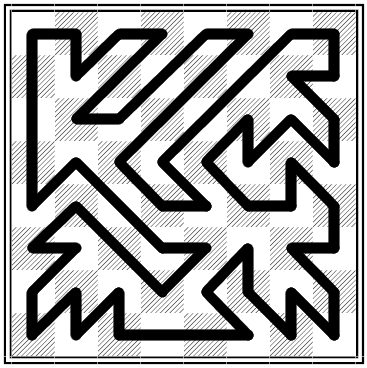 A problem by Kagen Schaefer:

Show that in any such tour of an 8 × 8 chessboard the sum of the horizontal and vertical moves must be at least 28.