During a storm in January 1992, a container was swept overboard from a ship in the North Pacific. As it happened, it contained 28,800 children’s bath toys, and oceanographer Curtis Ebbesmeyer realized they offered the basis for a serendipitous study of surface currents. Working with his colleague James Ingraham, Ebbesmeyer began to track the toys as they drifted around the globe, accumulating reports from beachcombers, coastal workers, and local residents as they began to wash up on beaches. Using computer models, they were able to predict correctly that toys would make landfall in Washington state, Japan, and Alaska, and even become trapped in pack ice and spend years creeping across the top of the world before making an eventual reappearance in the North Atlantic. “Ultimately,” Ebbesmeyer wrote, “the toys will turn to dust, joining the scum of plastic powder which rides the global ocean.”

For some reason, media accounts of the story always carried the image of a solitary rubber duck, though the toys had also included beavers, turtles, and frogs. “Maybe it’s a kind of racism,” Ebbesmeyer speculated to journalist Donovan Hohn in 2007. “Speciesism.”

The high-altitude glacial lake Roopkund, in the Indian state of Uttarakhand, contains a large number of human skeletons. Local legend tells of a royal party who were killed by a large hailstorm near here, and many of the skeletons show signs of blows by large round objects falling from above. Radiocarbon dating estimates that these people died around 850 CE.

But another set of victims seem to have succumbed much more recently, a group from the eastern Mediterranean who died only 200 years ago. So the casualties can’t all be attributed to a single catastrophic event, but the full truth is still emerging.

One of a Kind

The Yemeni island Socotra, off the tip of the Horn of Africa in the Arabian Sea, is so isolated that nearly 700 of its species are found nowhere else on Earth. The island’s bitter aloe has valuable pharmaceutical and medicinal properties, and the red sap of Dracaena cinnabari, above, was once thought to be the blood of dragons.

And this is only what remains after two millennia of human settlement; the island once featured wetlands and pastures that were home to crocodiles and water buffaloes. Tanzanian zoologist Jonathan Kingdon says, “The animals and plants that remain represent a degraded fraction of what once existed.” 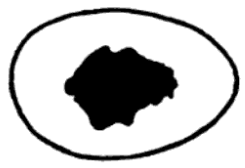 A drop of ink has fallen upon the paper and I have walled it round. Now every point of the area within the walls is either black or white; and no point is both black and white. That is plain. The black is, however, all in one spot or blot; it is within bounds. There is a line of demarcation between the black and the white. Now I ask about the points of this line, are they black or white? Why one more than the other? Are they (A) both black and white or (B) neither black nor white? Why A more than B, or B more than A? It is certainly true,

First, that every point of the area is either black or white,

Second, that no point is both black and white,

Third, that the points of the boundary are no more white than black, and no more black than white.

The logical conclusion from these three propositions is that the points of the boundary do not exist. 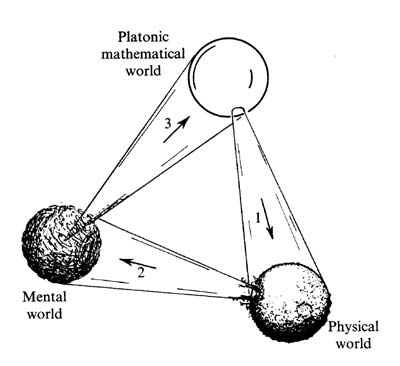