In 1924 the eccentric Lord Berners composed a “Funeral March for a Rich Aunt”:

The musical direction is Allegro giocoso — “fast and cheerful.”

Daniel Rozin makes interactive digital artworks that respond to the presence of the viewer, in many cases serving as mechanical or digital mirrors.

“In an interactive piece such as my Mirrors or Easel, the piece has no content without the viewer and the piece celebrates the likeness of the viewer,” he says. “This suggests that the important part of this equation is the person, not the artifact.”

Hawaiian artist Sean Yoro paints murals positioned near or in large bodies of water. He paints on the sides of shipwrecks, abandoned docks, and submerged walls, often on themes of climate change and rising sea levels, balancing on a paddleboard and using environmentally friendly materials.

“Combining both my art and environmental passions happened almost by accident at first, when I started creating murals along ocean walls,” he told the Met. “I always had underlying messages of sustainability and awareness, but this was the first concept I could literally combine these two aspects of my life influences into one. Every project since then has seamlessly integrated both values into their own unique stories naturally.” 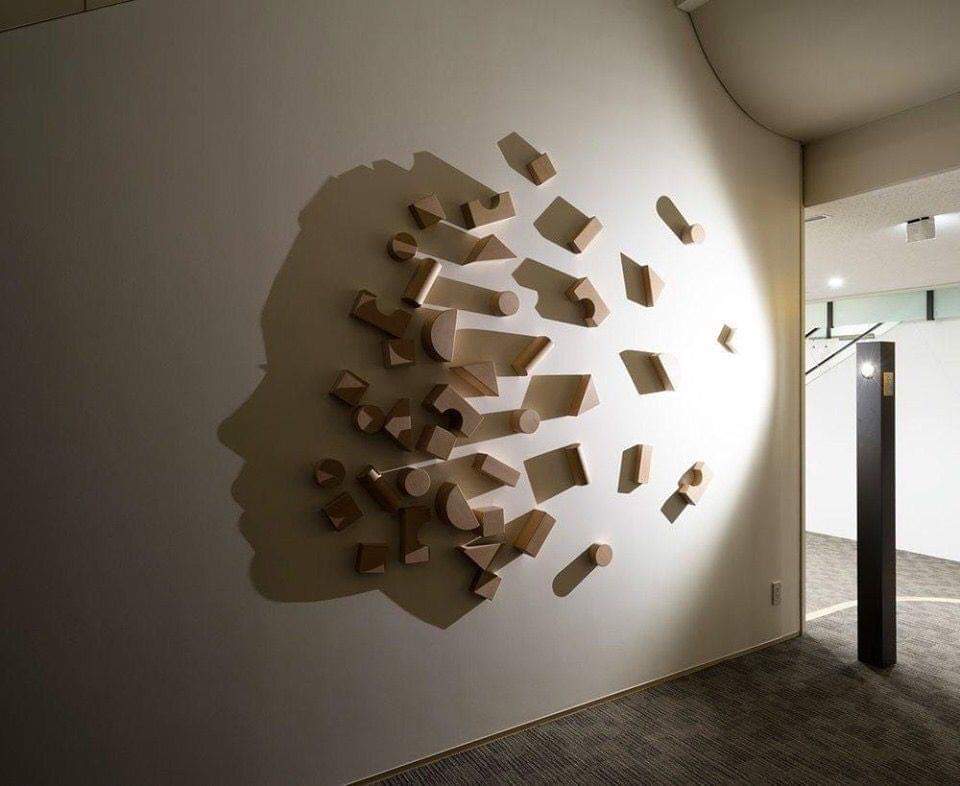 Building Blocks, by Kumi Yamashita. “I sculpt using both light and shadow. I construct single or multiple objects and place them in relation to a single light source. The complete artwork is therefore comprised of both the material (the solid objects) and the immaterial (the light or shadow).” 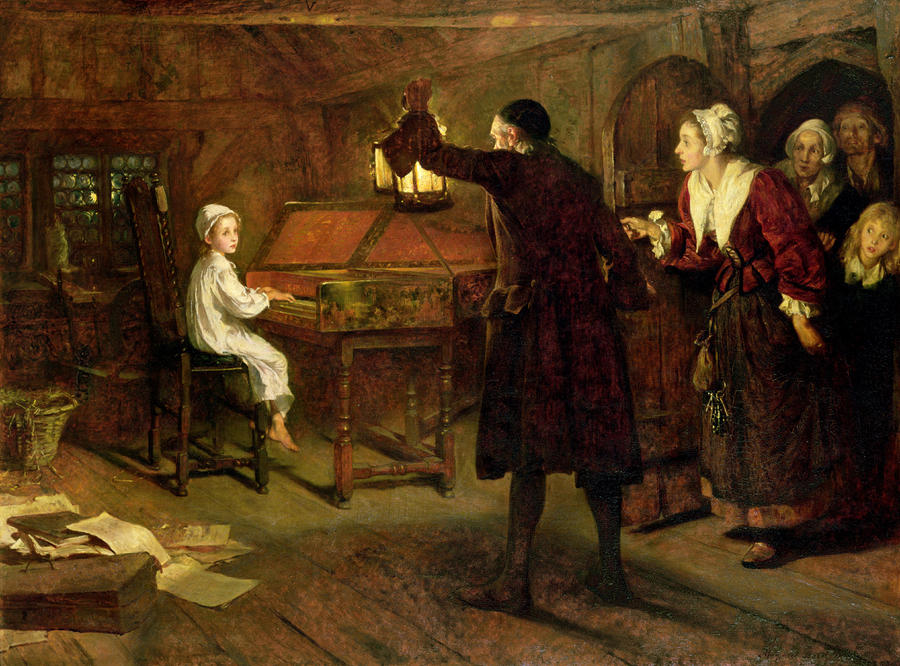 Margaret Isabel Dicksee’s 1893 painting The Child Handel is based on a story about the composer’s childhood:

Handel’s father strongly opposed the child’s passionate love for music, and the more his great gifts developed the more severely was he forbidden to occupy himself with music. The little boy was obliged to have recourse to subterfuge, and when his elders believed him snug in bed he used to steal on tip-toe to the lumber-room, where he had discovered an old spinet, on which he played softly to his heart’s content, alone and fancy-free. In one of these moments of enjoyment, when the divine genius spoke to the child, he forgot himself and played louder and louder — all the sound of the old spinet streamed through the silent night, waking the sleepers in the house, who believed that the angels were keeping vigil over the old town of Halle. But little George’s father bethought himself of the musical propensities of the boy, and, as the latter was not to be found in his bed, the lantern was lit and a search-party followed where the music led them. Alas! Poor George was found, severely reprimanded, and dismissed to bed.

This telling is from the Strand, April 1904. The story is disputed, but Handel did display enough skill as a child to induce Duke Johann Adolf I to recommend him for musical instruction. 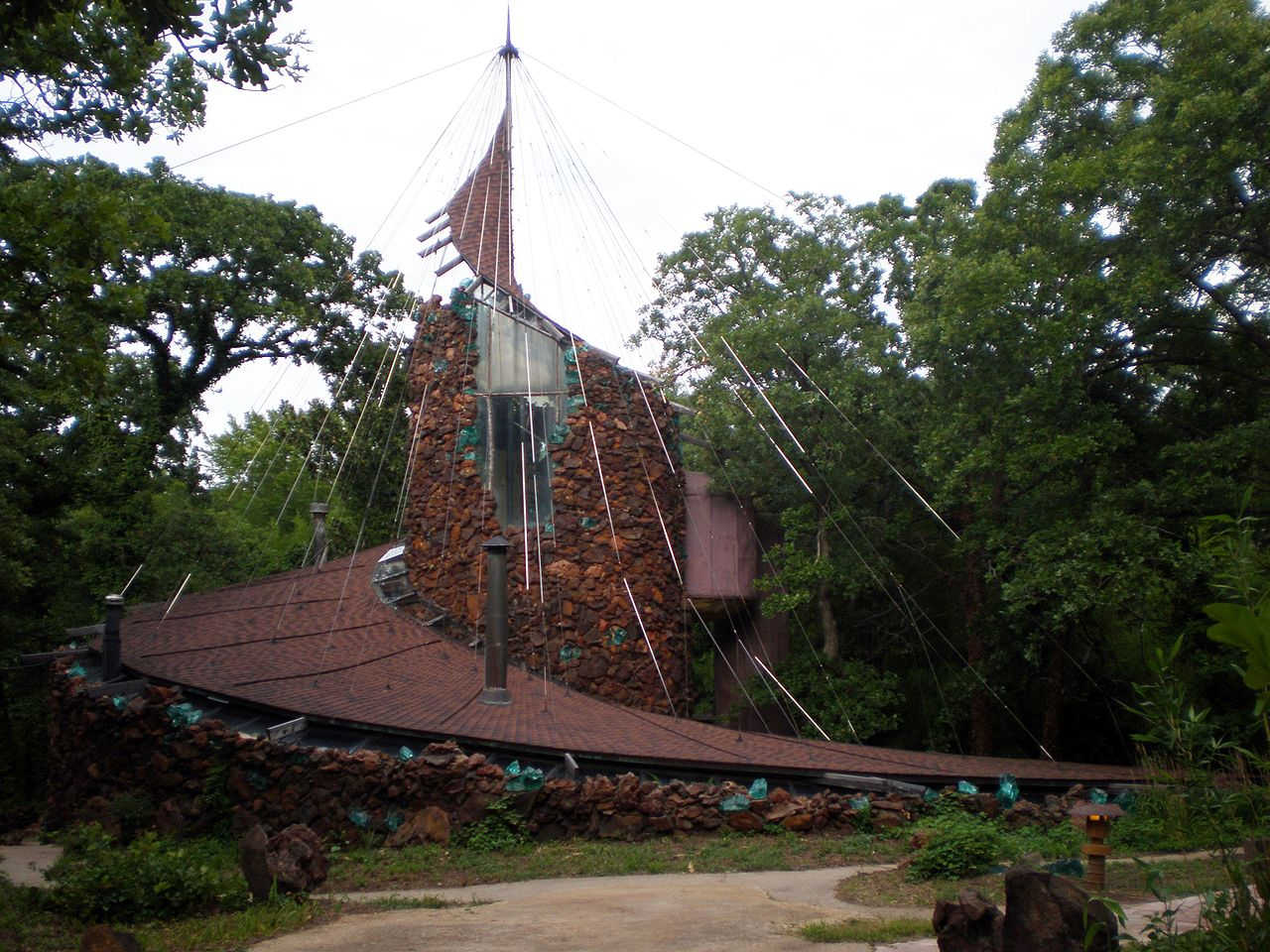 Norman, Okla., got an architectural landmark in 1955 when architect Bruce Goff completed an “organic house” for artists Nancy and Eugene Bavinger. Surmounted by a logarithmic spiral upheld by a recycled oil field drill stem, the Bavinger House had no interior walls — each “room” was a saucer suspended from the ceiling, reached by a stairway from the ground floor, which was mostly water and plants. The residents hung their clothes on rotating rods in hanging copper closets, and the entire house was air-cooled.

The Bavingers began to charge visitors $1 to view the house, eventually raising $50,000 in this way. One tourist told them, “I couldn’t live in it, but I wish I could.” The house fell into an extended vacancy, though, and by the time the “home for a lover of plants” was demolished in 2016, it had “become as choked with vegetation as a lost temple in the jungle.” 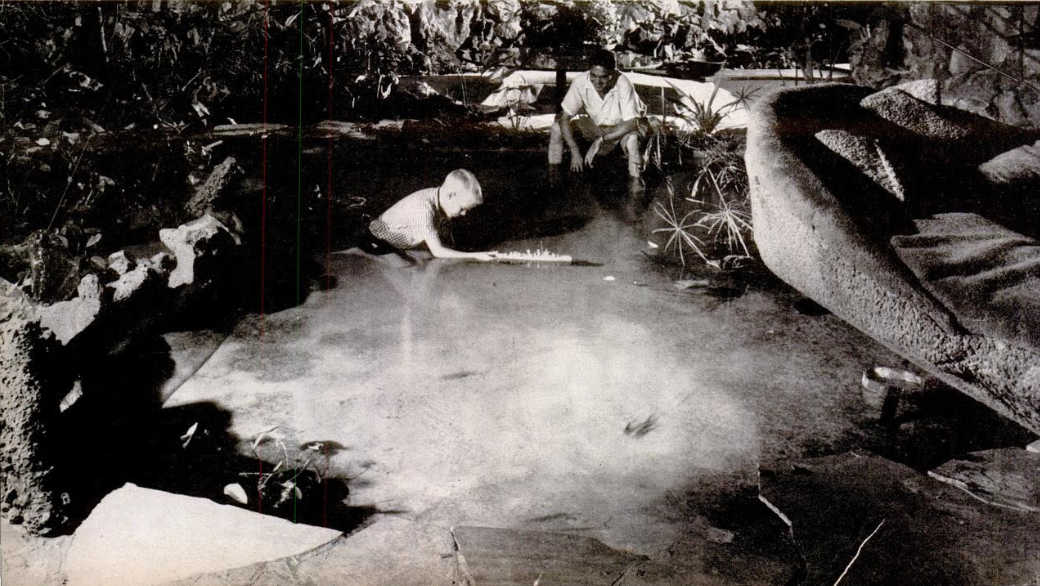 Seoul’s Drawing Cafe is styled like a two-dimensional cartoon. Inspired by the Korean television show W, in which characters move between the real world and a fantasy world inside a webtoon, the café has designed its furniture, walls, floors, mugs, dishes, and cutlery to look like flat line drawings. 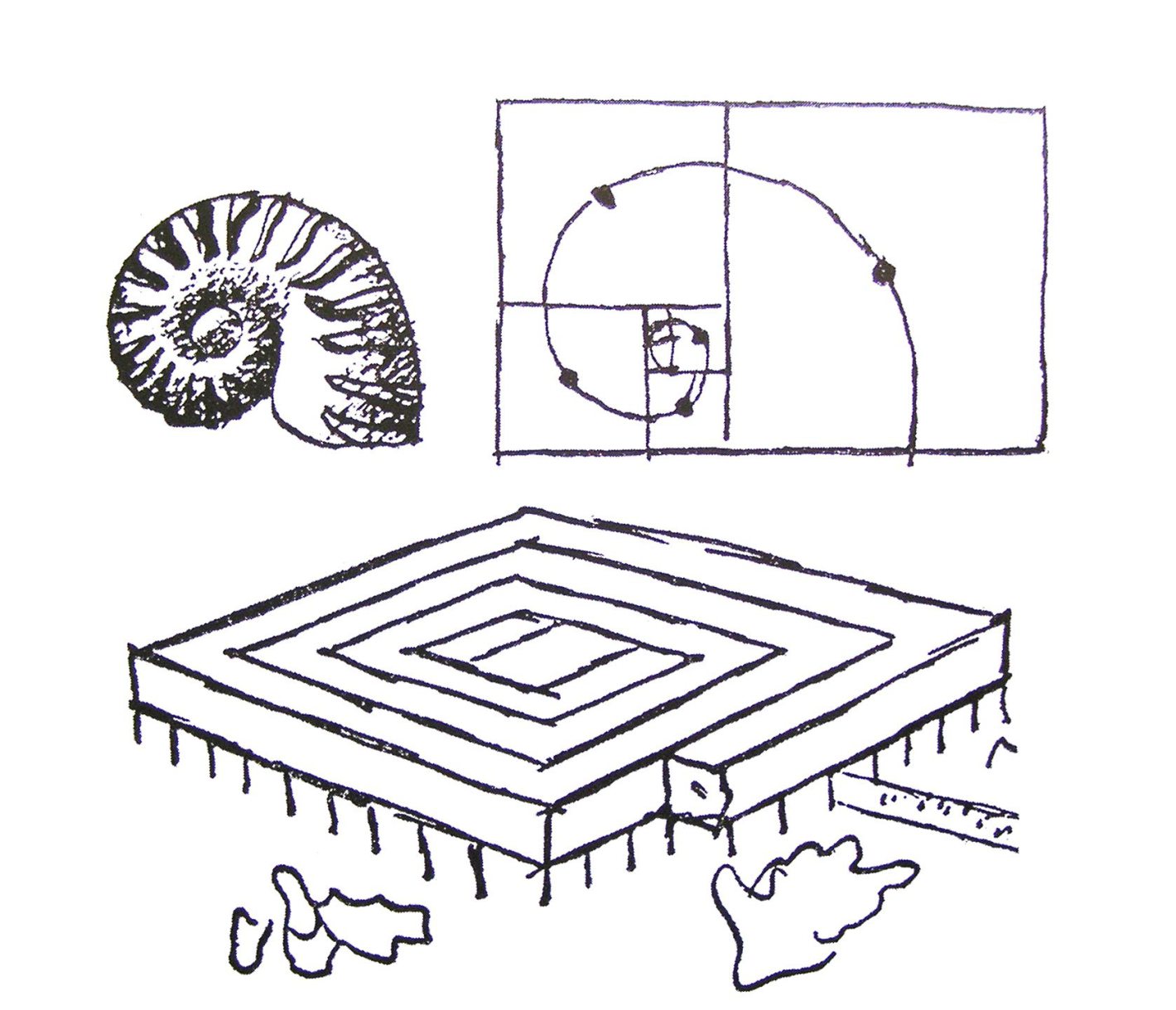 How can an art gallery accommodate a growing collection? In 1931 Le Corbusier proposed a Musée à croissance illimitée that would grow like a snail’s shell, coiling in a rectangular spiral as needs required and as funds became available.

“The means of orienting one’s self in the museum is provided by the rooms at half-height which form a ‘swastika,'” he explained. “Every time a visitor, in the course of his wanderings, finds himself under a lowered ceiling he will see, on one side, an exit to the garden, and on the opposite side, the way to the central hall. The Museum can be developed to a considerable length without the square spiral becoming a labyrinth.”

He presented the idea as a museum for Philippeville in North Africa in 1939, in a town planning project for Saint-Dié in 1945, and in a competition design to reconstruct the center of Berlin in 1958, but it was never realized.

(From Ulrich Conrads and Hans G. Sperlich, The Architecture of Fantasy, 1962.)