The residents of Vatican City drink more wine per person than any other country, at least as of 2014 — 74 liters per year, or about 105 bottles, twice the amount drunk by the average person in France and three times that in the U.K.

The state’s tiny size — just 800 people — means that such figures are easily skewed, and Vatican residents tend to be old, male, and highly educated and to eat in large groups, all of which can contribute to higher wine consumption. (So does the use of ceremonial Communion wine.)

An overlooked additional factor: Wine sold in the Vatican supermarket is subject to a lower tax than in Italy — which attracts customers from the broader vicinity and may drive up the numbers.

Newport, Ore., and Boston, Mass., contain signs directing motorists to one another, despite being more than 3,000 miles apart.

Likewise Sacramento, Calif., and Ocean City, Md., at either end of Route 50. Wilmington, N.C., used to reciprocate with Barstow, Calif., at the other end of Interstate 40, but gave up because the sign kept getting stolen.

In the 1890s, traveler Henry Attwell found that the residents of rural Holland used their hands to recall which months of the year have 31 days:

The knuckles of the hand represent months of thirty-one days, and the spaces between represent months of thirty days. Thus, the first knuckle is January (thirty-one), the first space February (twenty-eight or twenty-nine, the exception), the second knuckle March (thirty-one), the second space April (thirty), &c. The fourth knuckle, July (thirty-one), is followed by the first [of the other hand], August [thirty-one], and so on, until the third knuckle is reached a second time. This sequence of two knuckles corresponds with the only sequence of months (July and August) which have each thirty-one days.

belute
v. to cover with mud or dirt

squage
v. to dirty with handling

Every regulation major league baseball, roughly 240,000 per season, is rubbed with “magic mud” from a single source, a tributary of the Delaware River. It’s harvested by a single man, 62-year-old Jim Bintliff, who keeps the precise location secret even from Major League Baseball.

“I know the mud,” he told Sports Illustrated. “I’m the only one on the planet who does.”

… is an 11-letter word that contains 11 curved lines and 11 straight lines.

Advance each character in that expression four steps in the alphabet or the number line and you get: 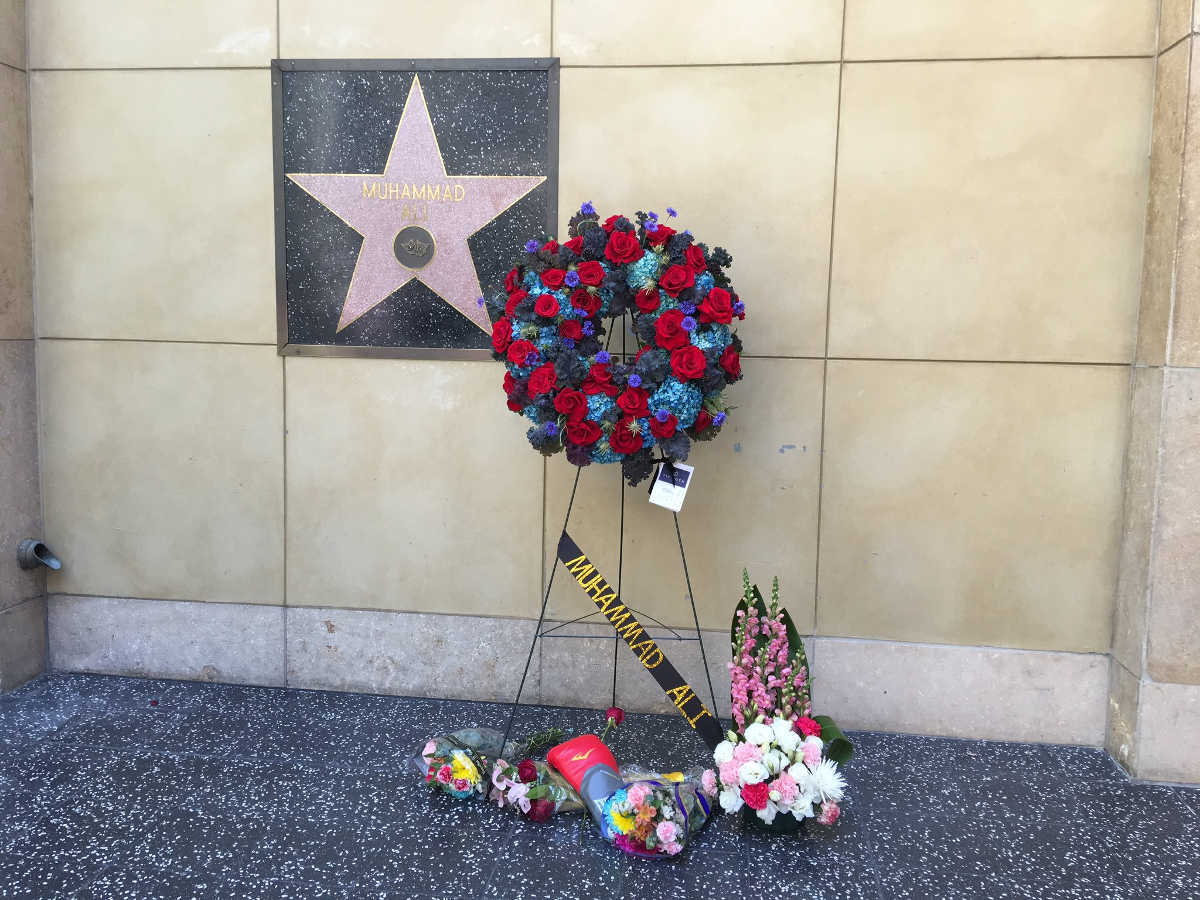 Muhammad Ali’s star on the Hollywood Walk of Fame is the only one not set in the pavement — it hangs on a wall near the entrance to the Dolby Theatre.

When he accepted the honor in 2002, Ali said, “I bear the name of our beloved Prophet Muhammad, peace be upon him, and it is impossible that I allow people to trample over his name.”

(Thanks, Eloy and Alejandro.)