These three riddles have the same answer. What is it?

There was a man bespake a thing
Which when the owner home did bring,
He that made it did refuse it:
And he that brought it would not use it,
And he that hath it doth not know
Whether he hath it yea or no.

There was a man who bought a thing,
The thing he bought, he did not want,
The man who sold it, could not use it,
The man who used it, did not know it.

A problem proposed by Charles W. Trigg in the Spring 1970 issue of the Pi Mu Epsilon Journal (Volume 5, Number 4):

The digits 1-9 can be arranged in a square array so that the digits in no column, row, or long diagonal appear in order of magnitude:

Prove that, however this is done, the central digit must be odd. 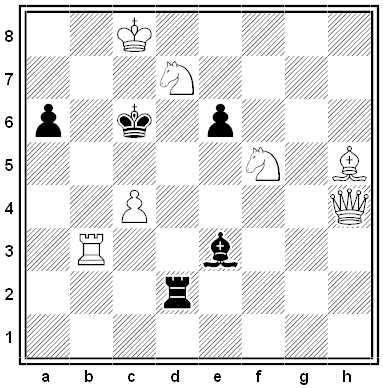 From Francis Healey, A Collection of Two Hundred Chess Problems, 1866. White to mate in two moves. 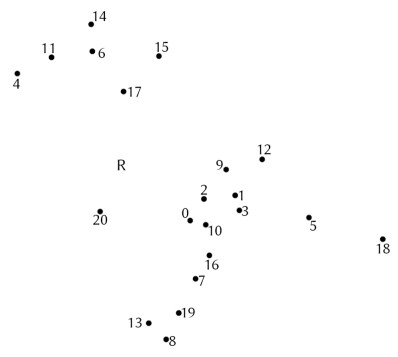 This year’s card contains 10 puzzles, each with a numerical answer. Splitting each answer into two strings of digits will identify two dots on the card’s cover to be connected by a straight line. Drawing 10 lines correctly will produce a Christmas-themed picture.

A rower rows regularly on a river, from A to B and back. He’s got into the habit of rowing harder when going upstream, so that he goes twice as fast relative to the water as when rowing downstream. One day as he’s rowing upstream he passes a floating bottle. He ignores it at first but then gradually grows curious about its contents. After 20 minutes of arguing with himself he stops rowing and drifts for 15 minutes. Then he sets out after the bottle. After some time rowing downstream he changes his mind, turns around, and makes his way upstream again. But his curiosity takes hold once more, and after 10 minutes of rowing upstream he turns and goes after the bottle again. Again he grows ashamed of his childishness and turns around. But after rowing upstream for 5 minutes he can’t stand it any longer, rows downstream, and picks up the bottle 1 kilometer from the point where he’d passed it. How fast is the current? 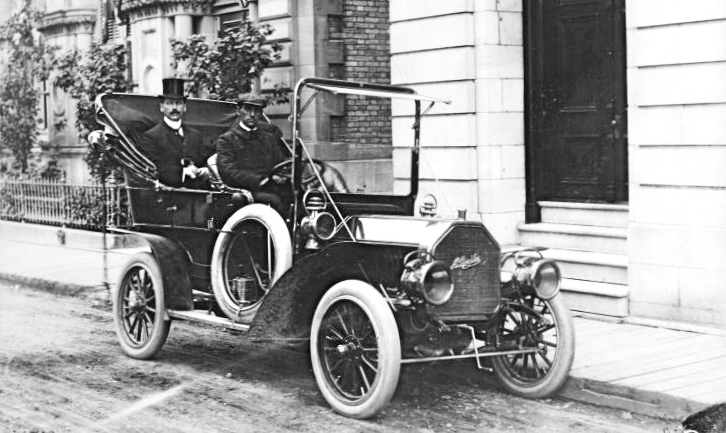 Each day after work, Smith takes the train to the suburb where he lives, and his chauffeur meets him at the station and drives him home. One day Smith finishes work early and arrives at the suburb one hour earlier than usual. He starts walking home, and the chauffeur meets him on the road and drives him the rest of the way. This gets Smith home 10 minutes earlier than usual. How long did he walk? (Disregard the time spent in stopping and picking up Smith, and assume that the chauffeur normally arrives at the station just as the train does.) 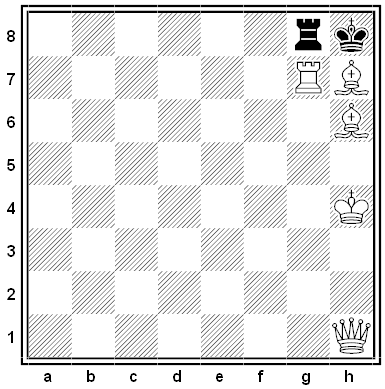 By Eugene Woodard. White to mate in two moves.

In the Japanese logic puzzle Akari, you’re presented with a grid of black and white squares. The goal is to place “light bulbs” into white cells until the whole grid is illuminated. Each bulb sends out rays of light horizontally and vertically, illuminating its row and column unless a black cell blocks the rays.

There are two constraints: The bulbs must not shine on one another, and each numbered black cell must bear that many bulbs (orthogonally adjacent to it) in the finished diagram. An unnumbered black cell can bear any number of bulbs.

Here’s a moderately difficult puzzle. Can you solve it?

From the Kanja Otogi Zoshi (“Collection of Interesting Results”) of Nakane Genjun, 1743:

Your friend has 30 go stones. He lines them up out of your sight, placing down either one or two stones with each deposit and calling “here” so you’ll know this has been done. When all 30 stones have been placed, you have heard him say “here” 18 times. How many deposits contained one stone, and how many two?

Raymond Smullyan says, “There is a statement you can make such that I would have no choice but to give you the quarter (assuming I keep my word).” What statement will accomplish that?