A gracious moment between Samuel Johnson and the actress Sarah Siddons:

When Mrs. Siddons came into the room, there happened to be no chair ready for her, which he observing, said with a smile, ‘Madam, you who so often occasion a want of seats to other people, will the more easily excuse the want of one yourself.’

(From Boswell’s Life of Johnson.)

There are only five integer-sided triangles in which the area equals the perimeter:

Only two of them are right triangles.

This flat, polished sandstone pebble was found in a 2,000-year-old burial mound in West Virginia in 1838. Though it seemed to bear 25 pseudo-alphabetic characters, no one could agree on their meaning. In 1845 ethnologist Henry Rowe Schoolcraft consulted “noted antiquarians” and concluded that the inscription contains “four characters corresponding to the Ancient Greek; four Etruscan; five Runic; six ancient Gallic; seven old Erse; ten Phoenician; fourteen old British; sixteen Celtiberic, with some resemblance to the Hebrew.” In the 1870s physician R.J. Farquharson compiled wildly varying translations of the inscription from three different scholars:

Today it seems most likely that the stone was forged by James W. Clemens, a local physician who had financed the original excavation and wanted to sell rights to exploit the mound. In 2008 anthropologist David Oestreicher discovered the same sequences of markings in a 1752 book by a Spanish historian, An Essay on the Alphabets of the Unknown Letters That Are Found in the Most Ancient Coins and Monuments of Spain. It appears that Clemens simply copied these characters onto the stone and planted it in the mound.

We want to line up our six children for a photograph, but we can’t put Sally and John next to one another because they fight. In how many ways can we arrange the photo with this constraint?

In 1999, ex-Pogues banjoist Jem Finer composed a piece of music that will take 1,000 years to perform. It’s been playing continuously at Bow Creek Lighthouse at Trinity Buoy Wharf on the north bank of the Thames since midnight on Jan. 1, 2000, and will continue until Dec. 31, 2999. (Shown here is an excerpt of 1,000 minutes performed live in 2009 at the Roundhouse in London.)

The piece is essentially a computer-administered series of variations on a core composition that’s 20 minutes and 20 seconds long; the current rendition is played on Tibetan singing bowls and gongs, but in principle it might be played on any instrument and indeed by any means; the conclusion of the piece might be mediated by technologies, and certainly will be by people, that don’t exist today.

It can be heard at various listening stations around the United Kingdom, and a mobile app is available that plays a version synchronized with the Trinity Buoy Wharf performance.

When dredging began off the south Devon village of Hallsands in the 1890s, it destabilized the beach, permitting storms to reach the town. A strong storm in 1917 washed away 37 homes, but a single cottage on a hill was left standing, and a single resident, Elizabeth Prettejohn, lived alone in the ruined village for 47 years, until her death in 1964 at age 80.

“I have all my memories here, but it’s no good sitting down moping,” she said shortly before she died. “It was the dockyard that took all our beach. It blew for four days and four nights. The sea was like mountains. I prayed god that the wind would stop. … Once I thought of moving to Dartmouth, but this is where I belong with my memories.”

In the 1930s the world’s best-known conservationist was an ex-trapper named Grey Owl who wrote and lectured ardently for the preservation of the Canadian wilderness. At his death, though, it was discovered that he wasn’t who he’d claimed to be. In this week’s episode of the Futility Closet podcast we’ll tell the story of his curious history and complicated legacy.

We’ll also learn how your father can be your uncle and puzzle over a duplicate record.

END_OF_DOCUMENT_TOKEN_TO_BE_REPLACED

Eunoia is a dictionary of more than 500 untranslatable (or obscurely useful) words:

tsundoku: acquiring reading materials but letting them pile up in one’s home without reading them (Japanese)
sankocha: the feeling of embarrassment due to receiving an inordinate or extravagant gift, making you feel as though you need to return a favor that you can’t (Kannada)
mudita: the pleasure that comes from delighting in other people’s well-being or happiness (Sanskrit)
Erbsenzähler: literally “pea counter”: a nitpicker (German)
jayus: a joke so unfunny that one has to laugh (Indonesian)
házisárkány: “indoor dragon”: a nagging, restless spouse (Hungarian)
tretår: a third cup of coffee (Swedish)
xiao xiao: the whistling and pattering of rain or wind (Chinese)

There’s a whole subreddit for these. 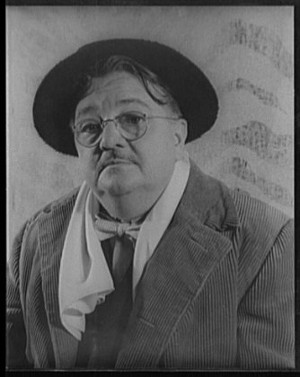 Alexander Woollcott once encountered artist Neysa McMein at a party where she was dressed in a gown hung with spangles.

A fundamental belief about time is that the future is open while the past is set. But in Emmanuel Carrère’s 1986 novel La Moustache, the main character shaves off his mustache one day only to find that his wife and coworkers don’t react: Reality has twisted so that he has never had a mustache.

As the novel continues, other pieces of his personal history change one by one, as if his life is being replaced by another one. Finally even facts that have been described in earlier chapters begin to change. The hero flees to Macao, where he knows no one and has no history. But his wife is in the room there, and she shows no surprise at seeing him.

“This suggests that the hero has not been taken to Macao by the events reported in the preceding chapters,” writes Marie-Laure Ryan, “but that he is there as a tourist on a completely normal family vacation. At this point the novel becomes a self-destructing artifact that denies what is generally considered to be the main function of narrative: its ability to tell about and to preserve the past.”