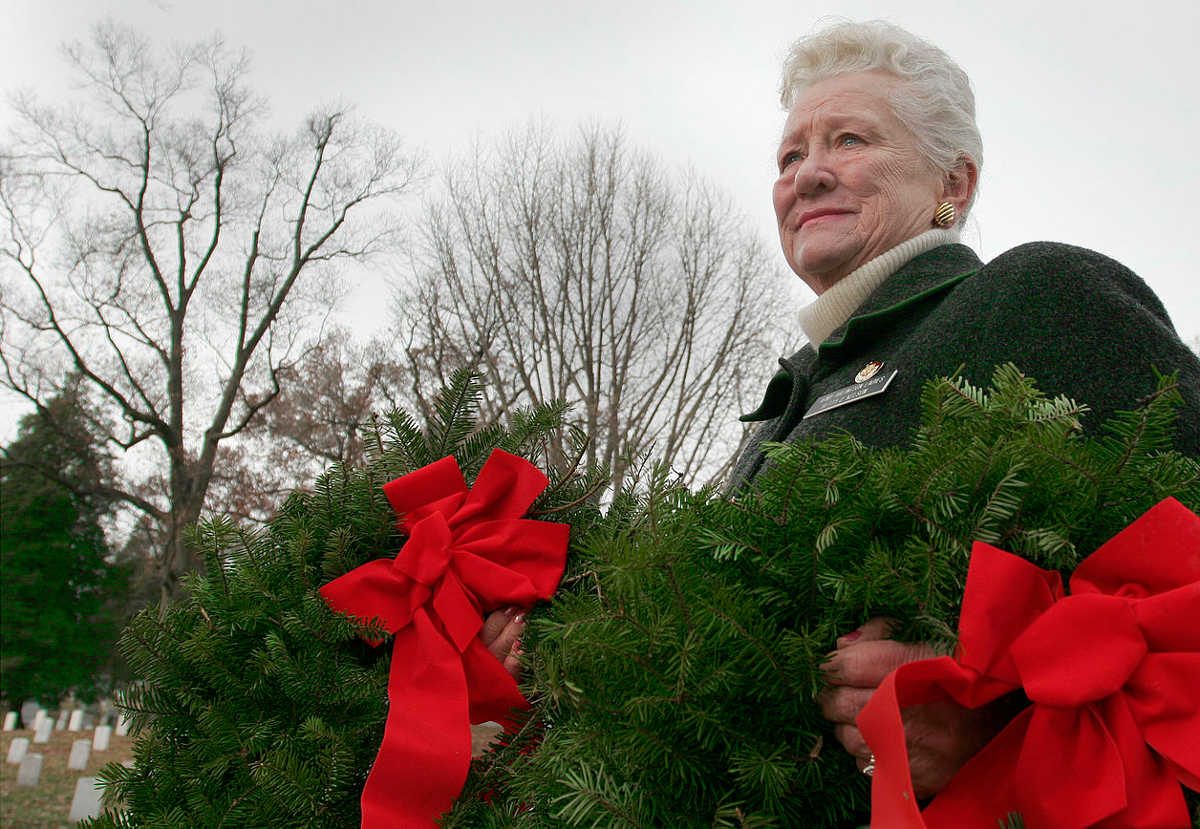 In 1948, Air Force general Hoyt Vandenberg and his wife Gladys were walking through Arlington National Cemetery when they saw a young airman being buried without any family members present — only the chaplain and military honor guard who attend every burial. Moved by the lonely ceremony, Gladys organized the Officers’ Wives Club so one of its members would attend every Air Force funeral. The other branches of the armed services have followed suit so that today an “Arlington lady” attends every funeral at the cemetery. No soldier is buried alone.

“It doesn’t matter whether we are burying a four-star general or a private,” Margaret Mensch, head of the Army ladies, told NBC. “They all deserve to have someone say thank you at their grave.”