Podcast Episode 338: A Point of Law 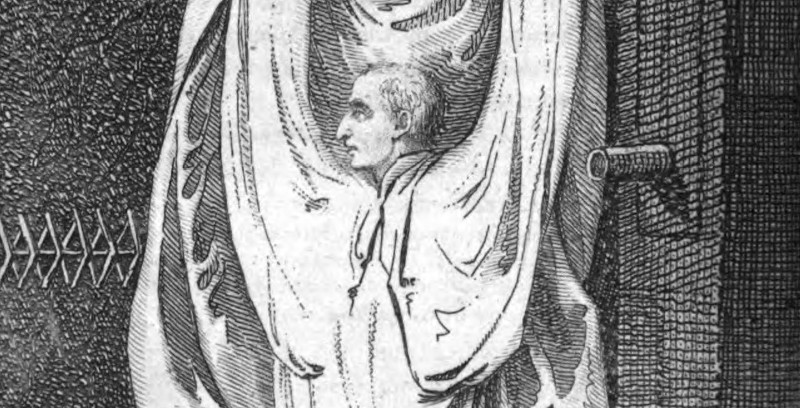 One dark night in 1804, a London excise officer mistook a bricklayer for a ghost and shot him. This raised a difficult question: Was he guilty of murder? In this week’s episode of the Futility Closet podcast we’ll consider the case of the Hammersmith ghost, which has been called “one of the greatest curiosities in English criminal law.”

We’ll also worry about British spiders and puzzle over some duplicative dog names.

END_OF_DOCUMENT_TOKEN_TO_BE_REPLACED

John Smith escaped execution three times. Convicted of housebreaking in 1705, he was hanged at the Tyburn gallows for a quarter of an hour before the people called for a reprieve and he was cut down.

When he had perfectly recovered his senses he was asked what were his feelings at the time of execution; to which he repeatedly replied, in substance, as follows. When he was turned off, he for some time was sensible of very great pain, occasioned by the weight of his body, and felt his spirits in a strange commotion, violently pressing upwards. That having forced their way to his head, he as it were saw a great blaze, or glaring light, which seemed to go out at his eyes with a flash, and then he lost all sense of pain. That after he was cut down, and began to come to himself, the blood and spirits, forcing themselves into their former channels, put him, by a sort of pricking or shooting, to such intolerable pain that he could have wished those hanged who had cut him down.

He returned to housebreaking on his release in 1706, but his strange luck continued: On his second indictment some difficulties in the case induced a panel of judges to set him free, and on his third the prosecutor died before the day of the trial.

The streak ended in 1727, when he was convicted of stealing a padlock and sentenced to transportation. He pleaded for corporal punishment instead but was sent to Virginia that July. 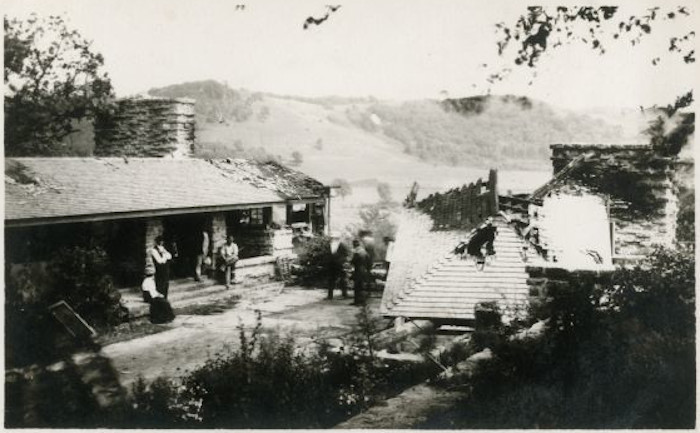 END_OF_DOCUMENT_TOKEN_TO_BE_REPLACED

Sometimes in our research we come across stories that are regarded as true but that we can’t fully verify. In this week’s episode of the Futility Closet podcast we’ll share two such stories from the 1920s, about a pair of New York fruit dealers and a mythologized bank robber, and discuss the strength of the evidence behind them.

We’ll also salute a retiring cat and puzzle over a heartless spouse.

END_OF_DOCUMENT_TOKEN_TO_BE_REPLACED

He was convicted but appealed. “If we describe his action in terms of his own beliefs (about the facts and about the law), it obviously constituted an attempt to commit (indeed, it constituted the actual commission of) that crime,” writes R.A. Duff in Criminal Attempts. But Taafe wasn’t “knowingly concerned” in evading the ban on cannabis — he didn’t know he was importing cannabis. And however guilty he may have felt for smuggling currency, that wasn’t a crime.

END_OF_DOCUMENT_TOKEN_TO_BE_REPLACED

In 1929 a German couple fled civilization to live on an uninhabited island in the Eastern Pacific. But other settlers soon followed, leading to strife, suspicion, and possibly murder. In this week’s episode of the Futility Closet podcast we’ll tell the story of the Galápagos affair, a bizarre mystery that remains unsolved.

We’ll also meet another deadly doctor and puzzle over a posthumous marriage.

END_OF_DOCUMENT_TOKEN_TO_BE_REPLACED

Podcast Episode 298: The Theft of the Mona Lisa

In 1911, the Mona Lisa disappeared from the Louvre. After an extensive investigation it made a surprising reappearance that inspired headlines around the world. In this week’s episode of the Futility Closet podcast we’ll tell the story of the painting’s abduction, which has been called the greatest art theft of the 20th century.

We’ll also shake Seattle and puzzle over a fortunate lack of work.

END_OF_DOCUMENT_TOKEN_TO_BE_REPLACED

Four sharpers having treated themselves to a sumptuous dinner at the Hotel Montreuil, were at a loss how to settle for it, and hit on the following plan: They called for the waiter and asked for the bill. One thrust his hand into his pocket as if to draw his purse; the second prevented him, declaring he would pay; the third did the same. The fourth forbade the waiter from taking any money from either of them, but all three persisted. At last one said: ‘The best way to decide is to blindfold the waiter, and whoever he first catches shall settle the bill.’ This proposal was accepted, and while the waiter was groping his way around the room they slipped out of the house one after another.