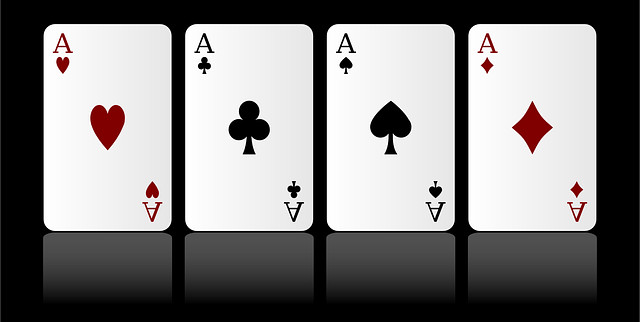 I give you the four aces from a deck of cards and turn my back. Then I ask you to stack the four cards face up with the heart at the bottom, then the club, the diamond, and the spade. Now turn the uppermost card, the spade, face down.

Now you’re invited to perform any of these operations as many times and in any order that you wish:

The answer is explained by group theory — see the article below for the details.