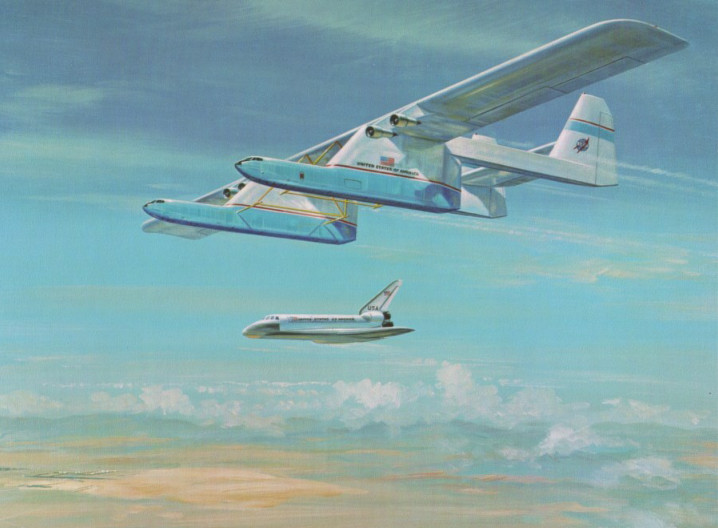 The space shuttle was originally designed to propel itself, both on returning from a mission and in hopping among various landing sites. When air-breathing engines were judged too heavy and costly, NASA had to find another way to move the shuttle around.

One unlikely candidate was the Virtus, a pair of B-52 fuselages mounted to a giant wing. Proposed by American aviator John M. Conroy, the aircraft would have had a wingspan of 140 meters and a takeoff weight of 850,000 pounds.

Prototypes performed well in the wind tunnel, but the prospect of building, testing, and accommodating a new aircraft, and especially such a large one, finally argued against it, and NASA decided to piggyback the shuttle on a 747.