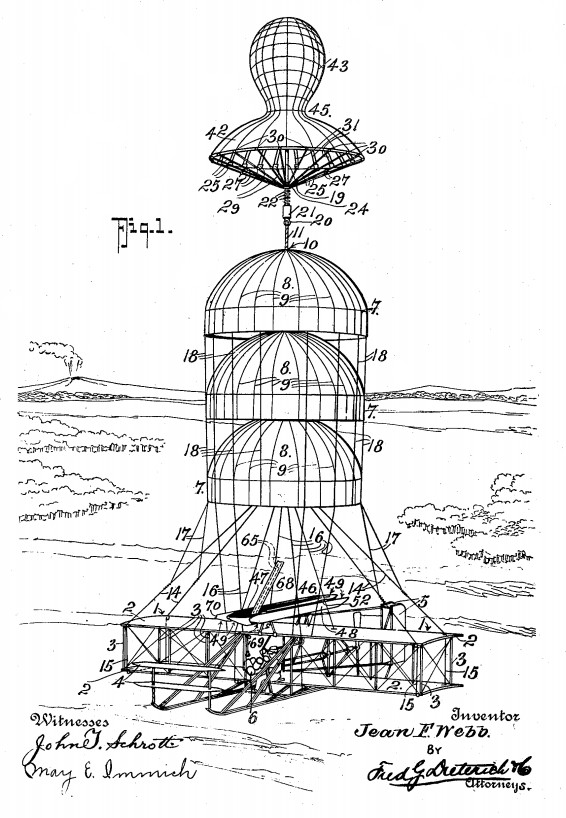 Inventor J.F. Webb proposed this curious safety device in 1910: If your flying machine fails, you release a domelike “air anchor,” which pulls open three parachutes beneath it. These will “sustain the machine sufficiently to break its fall, thereby permitting the machine to descend at a safe speed.”

In The Big Umbrella, his 1973 history of the parachute, John Lucas writes, “Whether Webb’s device worked or not is unknown, but eighteen years later a single parachute 84 feet in diameter and strong enough to support a loaded plane was developed by the U.S. Air Corps.”