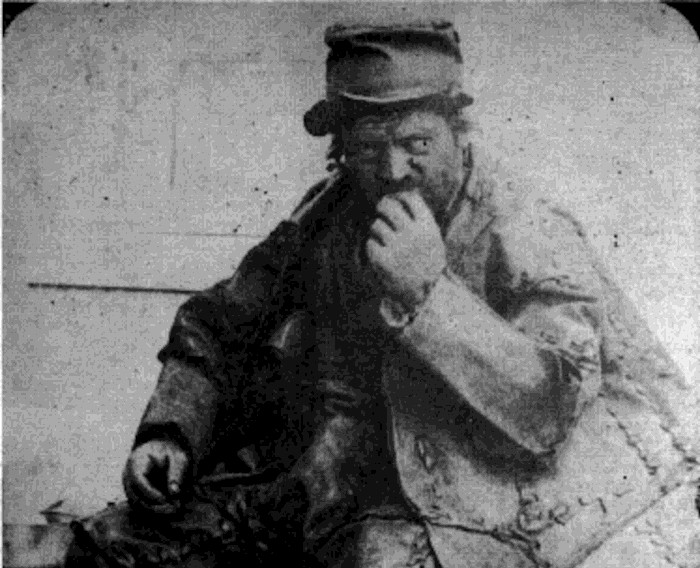 In 1856, a mysterious man appeared on the roads of Connecticut and New York, dressed in leather, speaking to no one, and always on the move. He became famous for his circuits through the area, which he followed with remarkable regularity. In this week’s episode of the Futility Closet podcast we’ll describe the Leatherman, whose real identity remains unknown.

We’ll also consider the orientation of churches and puzzle over some balky ponies.

Western Poland contains a grove of 400 pine trees that appear to have been deliberately bent.

In 1902 Montgomery Carmichael published the life story of an imaginary man.

Image: The Leatherman, photographed on June 9, 1885, by James F. Rodgers at the Bradley Chidsey House, Branford, Ct. Sources for our feature:

Clark Wissler, The Indians of Greater New York and the Lower Hudson, 1909.

Jon Campbell, “Mystery Man: Will Anyone Ever Know the Real Story Behind the Leatherman?” Village Voice, June 16, 2015.

This week’s lateral thinking puzzle was contributed by listener James Venning. Here’s a corroborating link (warning — this spoils the puzzle).