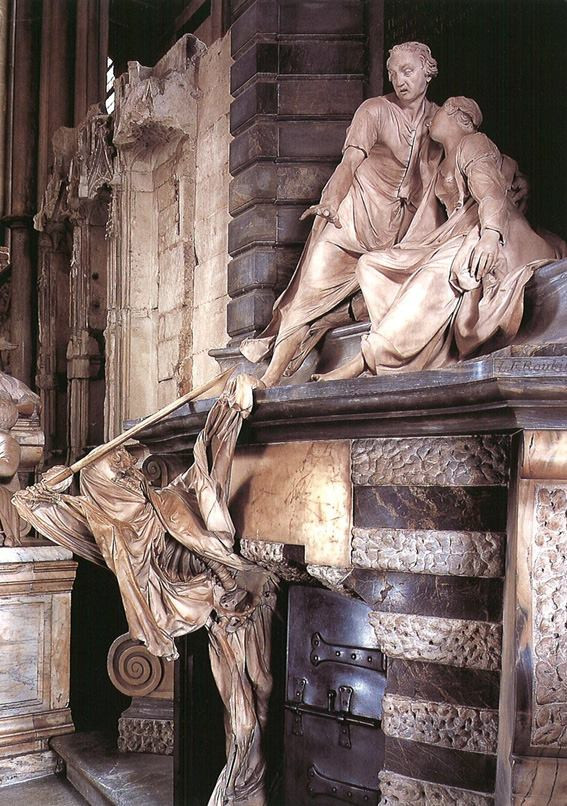 Elizabeth Nightingale died of shock at a violent stroke of lightning following the premature birth of her daughter in 1731. In his will, her son ordered the erection of this monument, which was created by Louis Francois Roubiliac and stands in Westminster Abbey. Elizabeth is supported by her husband, who tries in horror to ward off the stroke of death. Washington Irving called it “among the most renowned achievements of modern art.”

The Abbey’s website says, “The idea for this image may have come from a dream that Elizabeth’s brother in law (the Earl of Huntingdon) had experienced when a skeleton had appeared at the foot of his bed, which then crept up under the bedclothes between husband and wife. … It is said that one night a robber broke into the Church but was so horrified at seeing the figure of Death in the moonlight that he dropped his crowbar and fled in terror. The crowbar was displayed for many years beside the monument but it no longer remains.”