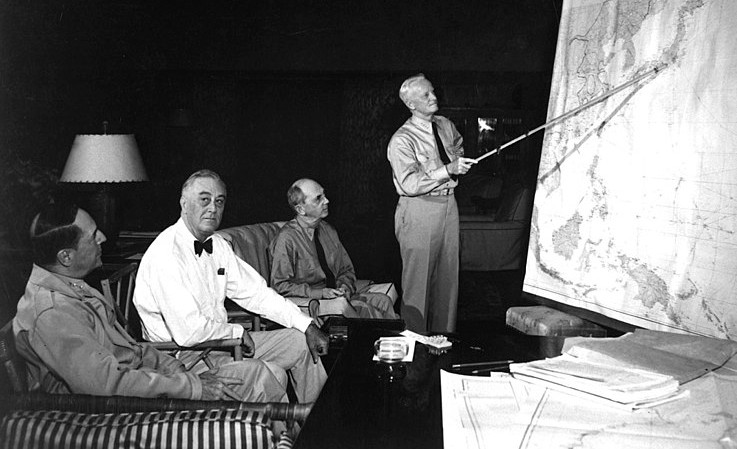 An avid stamp collector in earlier life, Franklin Roosevelt brought a surprisingly detailed knowledge of remote regions to his role as commander-in-chief.

“The president’s knowledge of world geography was amazing,” wrote his naval aide, John McCrea. “I once remarked about this, and he replied, ‘If a stamp collector really studies his stamps, he can pick up a great deal of information.'”