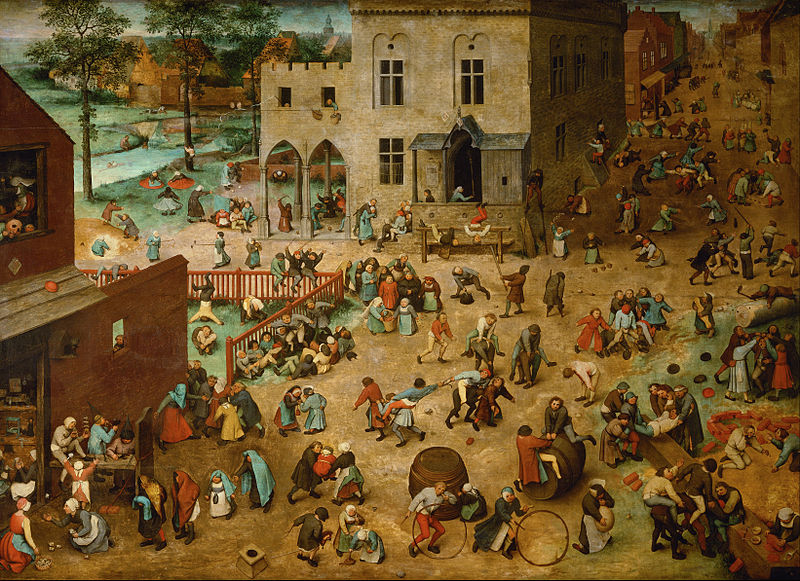 Consider for example the proceedings that we call ‘games.’ I mean board-games, card-games, ball-games, Olympic games, and so on. What is common to them all? — Don’t say: ‘There must be something common, or they would not be called “games”‘ — but look and see whether there is anything common to all. — For if you look at them you will not see something that is common to all, but similarities, relationships, and a whole series of them at that. To repeat: don’t think, but look! — Look for example at board games, with their multifarious relationships. Board games, what are some? Consider chess, of course, but think also of Monopoly. Now pass to card-games; here you find many correspondences with the first group, but many common features drop out, and others appear. When we pass next to ball-games, much that is common is retained, but much is lost.– Are they all ‘amusing’? Compare chess with noughts and crosses. Or is there always winning and losing, or competition between players? Think of patience. In ball-games there is winning and losing; but when a child throws his ball at the wall and catches it again, this feature has disappeared. Look at the parts played by skill and luck; and at the difference between skill in chess and skill in tennis. Think now of games like ring-a-ring-a-roses; here is the element of amusement, but how many other characteristic features have disappeared! And we can go through the many, many other groups of games in the same way; can see how similarities crop up and disappear.