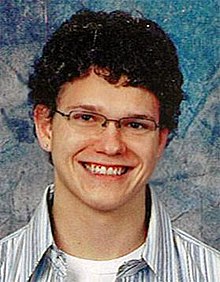 On May 14, 2008, 19-year-old Brandon Swanson of Marshall, Minnesota, called his parents around 2 a.m. to say he’d driven his car into a ditch and asked them to pick him up. He said he wasn’t hurt and gave them his best estimate of his location.

His parents drove to meet him, keeping in touch by phone, but couldn’t find him. Each party flashed its headlights, but neither could see the other.

Finally Brandon told them he was going to walk toward some lights that he took to be the town of Lynd, 7 miles from Marshall. He named a bar there and asked his father to meet him in the parking lot, and his father began to drive there, talking to Brandon as he did.

Shortly after 2:30 a.m., 47 minutes into the call, Brandon suddenly interrupted himself with the words “Oh, shit!”, and the connection was lost. He has not been seen or heard from since.

Cell phone records showed that he’d been near Porter, 25 miles from the location he’d estimated. His car was found nearby, but years of searching have not found a body. The case remains unsolved.