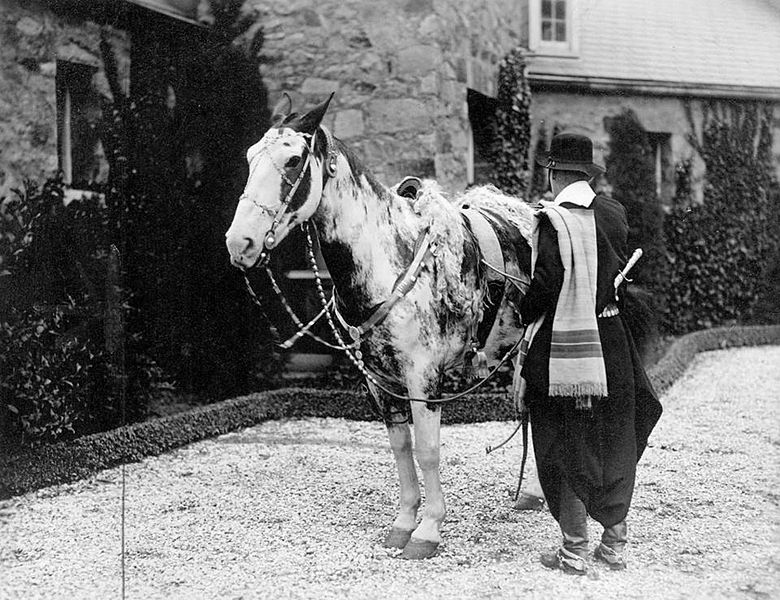 In 1925, Swiss schoolteacher Aimé Tschiffely set out to prove the resilience of Argentina’s criollo horses by riding two of them from Buenos Aires to New York City. In this week’s episode of the Futility Closet podcast we’ll follow Tschiffely’s unprecedented journey, which has been called “the most exciting and influential equestrian travel tale of all time.”

We’ll also read an inscrutable cookbook and puzzle over a misbehaving coworker.

English was Joseph Conrad’s third language, but it held a peculiar mystique for him.

Thanks to a mathematical oddity, one measurement suffices to establish the area of a carousel deck.

Sources for our feature on Aimé Tschiffely:

Lawrence Scanlan, Wild About Horses: Our Timeless Passion for the Horse, 2012.

local student, “Evan got scammed on a cookbook he bought off amazon? It’s like it was written by a neural network,” Twitter, May 23, 2020.