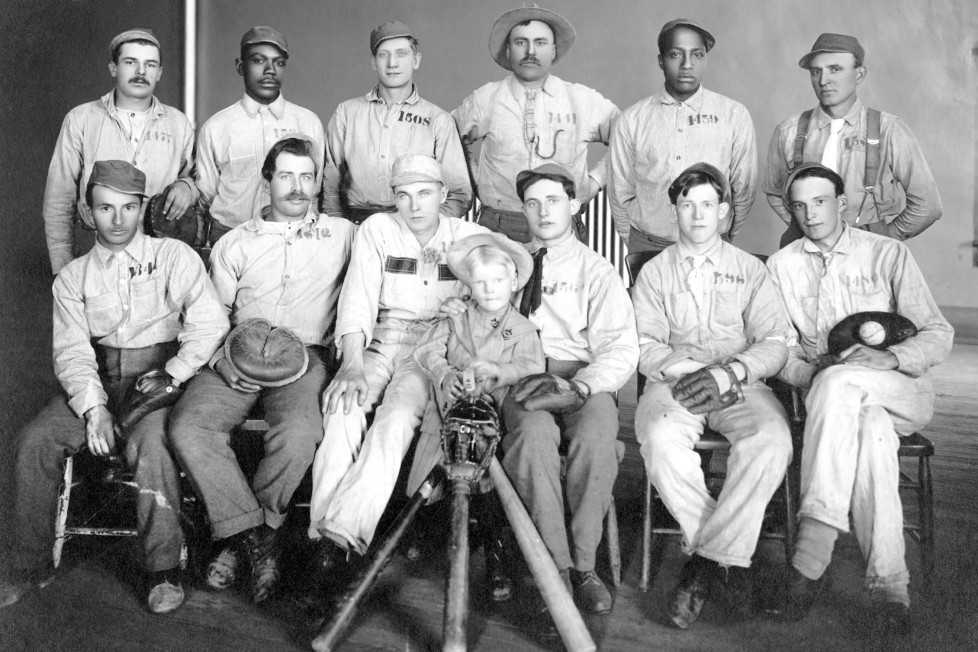 Felix Alston, the baseball-obsessed warden of the Wyoming State Penitentiary, wanted his prison’s team to be the best possible. So in 1911 he told his players that so long as they kept winning they would receive stays of execution.

The All Stars were murderers and rapists sentenced to death; they entered and left the field chained together in irons. But in 1911 death sentences were usually carried out within a few months, and the warden’s offer apparently had a strong effect: Between March 1911 and May 1912, the team won 39 of their 45 games.

It couldn’t last. The state supreme court justice who helped arrange the stays (and profited by his bets) came under increasing pressure to carry out the sentences, and when star shortstop Joseph Seng was hanged on May 24, 1912, the team’s winning streak came to an end. In the months that followed, one player escaped, five were hanged, and five were gassed to death. By 1916 the team was a memory.