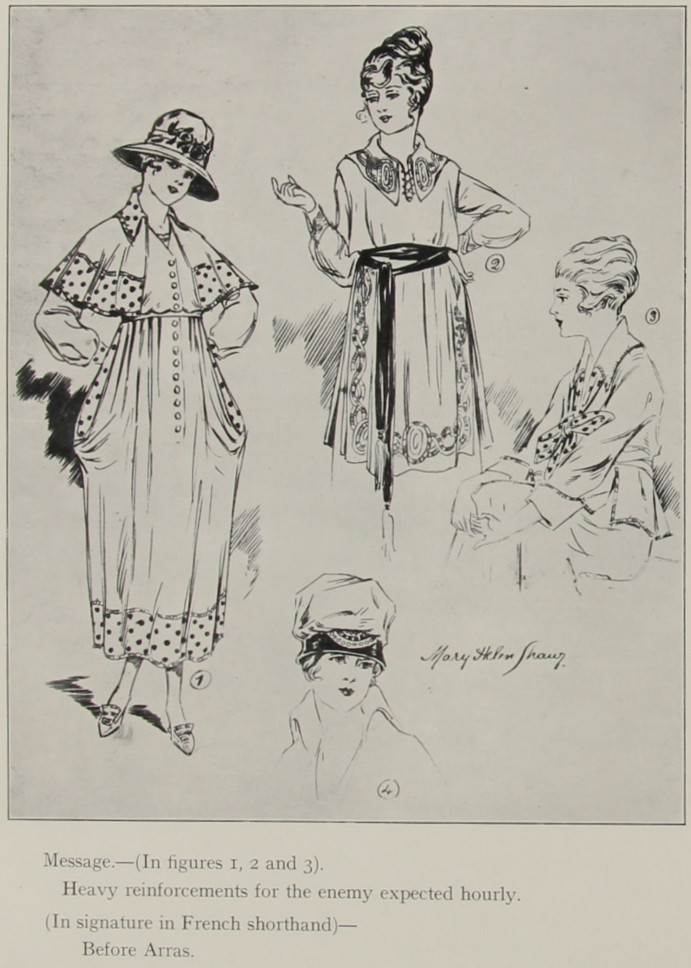 According to a British censorship manual from World War II (PDF, page 14), this sketch, published in a wartime newspaper, contained a secret message, ostensibly hidden in Morse code in the arrangement of dots and lines on the women’s dresses. The message is “Heavy reinforcements for the enemy expected hourly,” or, in the German original, “Massive Feindverstärkungen werden stündlich erwartet.”

A second message is hidden in the signature, written in a French shorthand. In English this read “Before Arras”; in German it was probably “Vor Arras.”

Unfortunately, the manual doesn’t explain the method by which these messages were hidden, and to date no one has been able to re-establish it. Where are these messages to be found in the image? Encryption expert Klaus Schmeh writes, “So far, I could neither find the morse message nor the shorthand message. I even went to the British Archive in London to look at the original document and to take high resolution photographs. It didn’t help.”

On his blog, Schmeh presents one of these high-resolution images, as well as a second mystery from the same manual. See the comments on that post for some suggestions from his readers.