Anagrams, a palindrome, and a letter bank regarding American presidents.

A crossword without clues, by Lee Sallows. 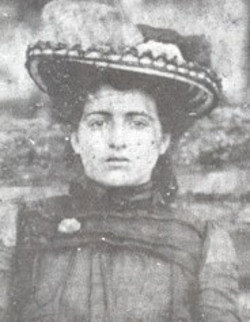 Sources for our feature on the Greenbrier Ghost:

Allison Barker, “Courthouse Old Enough to Have Ghost in Its History,” Charleston Sunday Gazette-Mail, March 9, 2003, 2B.