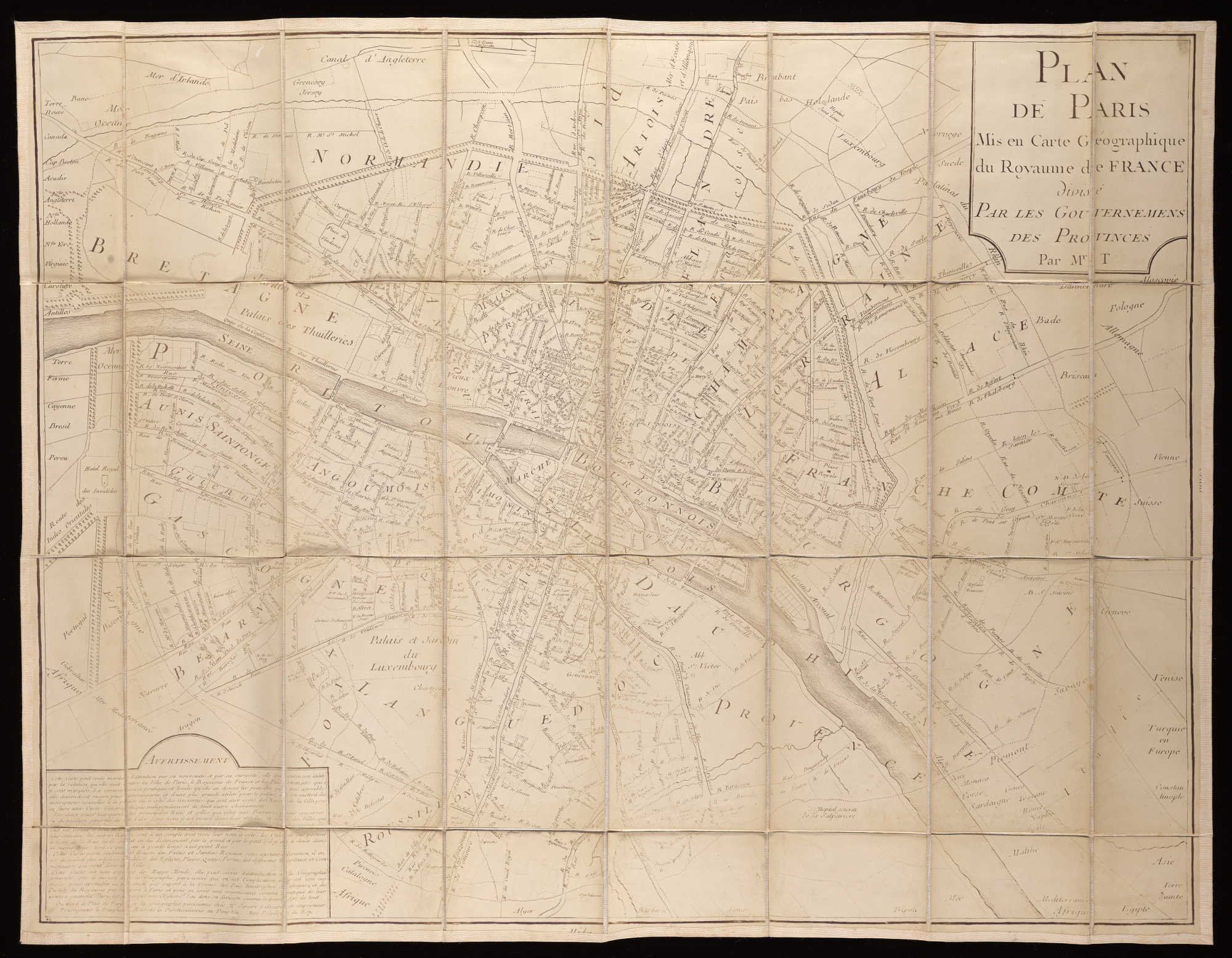 In 1801, distressed at the “incoherence” and “bizarreness” of Paris street names, J.B. Pujoulx proposed turning the city into a stylized map of France in which the streets were named after towns and localities, with the size of each town reflected in the size of the street. Rivers and mountains would be represented by especially long streets that crossed several districts, “to provide an ensemble such that a traveller could acquire geographic knowledge of France within Paris, and reciprocally of Paris within France.”

How fine it would be, he wrote, “for the resident of the South of France to rediscover, in the names of the various districts of Paris, those of the place where he was born, of the town where his wife came into the world, of the village where he spent his early years!” Louis-Sébastien Mercier added, “Paris would be the map and hackney coaches the professors.”

Perhaps unwittingly, Pujoulx was echoing the cartographer Étienne Teisserenc, who in 1754 had offered a “Dictionary, Containing the Explanation of Paris or Its Map Turned into a Geographical Map of the Kingdom of France, to Serve as Introduction to General Geography; An Easy and New Method to Learn in a Practical Manner and on the Spot All the Principal Parts of the Kingdom as a Whole and Each Through the Others” (above). He suggested that this system might be extended to every state in the world.