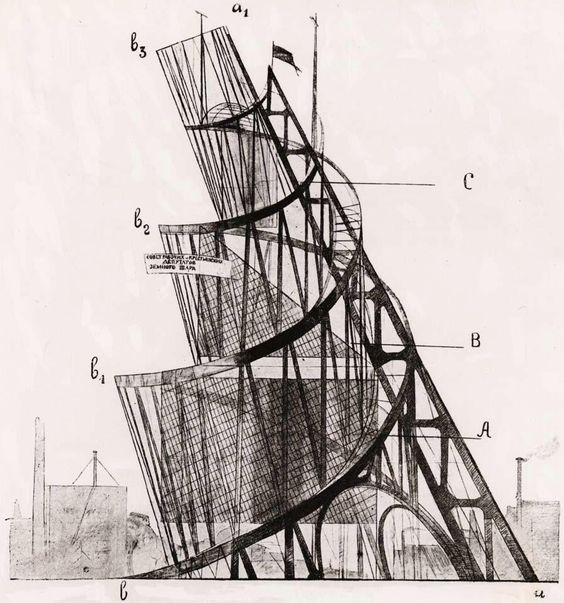 After the Bolshevik Revolution, architect Vladimir Tatlin proposed this enormous monument to house Communist headquarters in Petrograd. Two large helixes would spiral 400 meters into the air, surpassing the Eiffel Tower as the world’s foremost symbol of modernity. The helixes would point to Polaris, so that the star and the tower would remain motionless relative to each other. Suspended from the framework would be three office buildings of glass and steel, each moving in harmony with the cosmos: A is a cylindrical auditorium that rotates once a year, B is a cone-shaped office structure that rotates once a month, C is a cubical information center that rotates once a day, and on top is an open-air screen on which messages could be projected. (During overcast weather they planned to project the news onto clouds.)

In the end it was never built — even if Russia could have produced the steel, it’s not clear that it would have stood up.