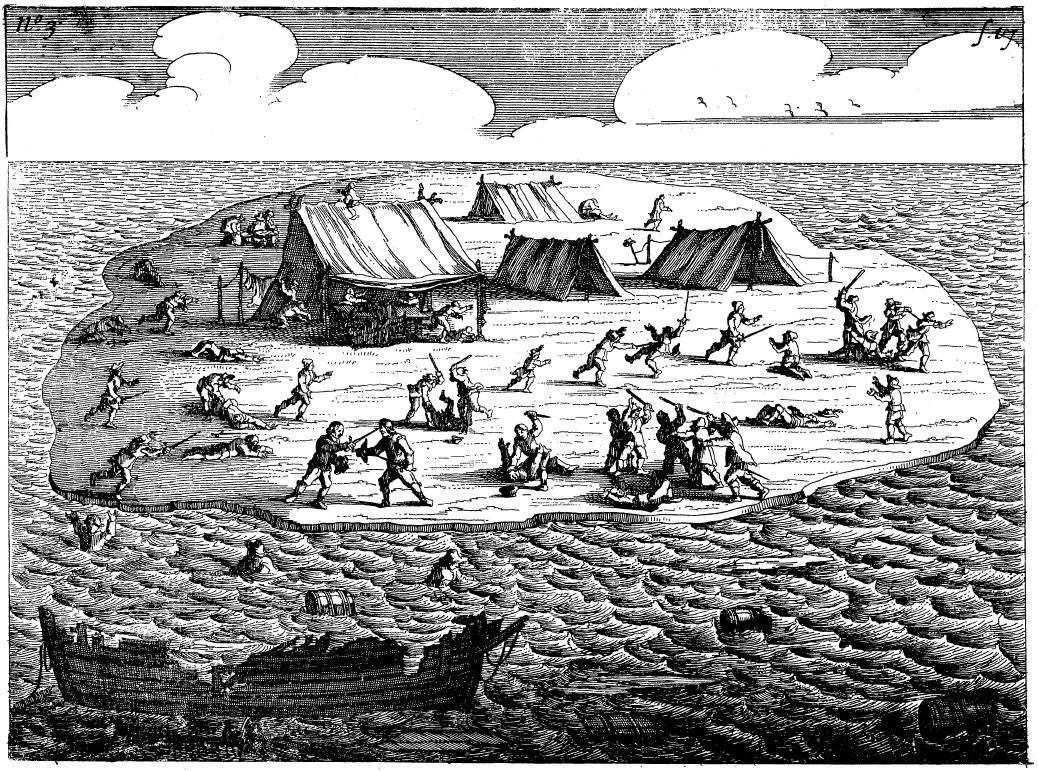 In 1629, a Dutch trading vessel struck a reef off the coast of Australia, marooning 180 people on a tiny island. As they struggled to stay alive, their leader descended into barbarity, gathering a band of cutthroats and killing scores of terrified castaways. In this week’s episode of the Futility Closet podcast we’ll document the brutal history of Batavia’s graveyard, the site of Australia’s most infamous shipwreck.

We’ll also lose money in India and puzzle over some invisible Frenchmen.

Sigourney Weaver named herself after a character in The Great Gatsby.

Sources for our feature on the Batavia mutiny:

Interest in the Batavia was reawakened in the 1960s, when archaeologists began to examine the site of the mutiny. This victim, excavated in 1963, had received a cutting wound to the head; the right shoulder blade was broken, and the right foot was missing.

Andrew Levy, “Doctors Solve Mystery of a Man Who ‘Died From Laughter’ While Watching The Goodies After His Granddaughter Nearly Dies From Same Rare Heart Condition,” Daily Mail, June 20, 2012.

Micheline Maynard, “The ‘Zion Curtain’ Is About to Fall in Utah, and Restaurants Can’t Wait,” Forbes, March 29, 2017.

This week’s lateral thinking puzzle was contributed by listener Aden Lonergan. Here’s a corroborating link (warning — this spoils the puzzle).