Podcast Episode 150: The Prince of Nowhere

In 1821, Scottish adventurer Gregor MacGregor undertook one of the most brazen scams in history: He invented a fictional Central American republic and convinced hundreds of his countrymen to invest in its development. Worse, he persuaded 250 people to set sail for this imagined utopia with dreams of starting a new life. In this week’s episode of the Futility Closet podcast we’ll describe the disastrous results of MacGregor’s deceit.

In 1878, a neurologist noted that French-Canadian lumberjacks tended to startle violently.

Each year on Valentine’s Day, someone secretly posts paper hearts in Montpelier, Vt.

Sources for our feature on Gregor MacGregor:

David Sinclair, Sir Gregor MacGregor and the Land That Never Was, 2003. 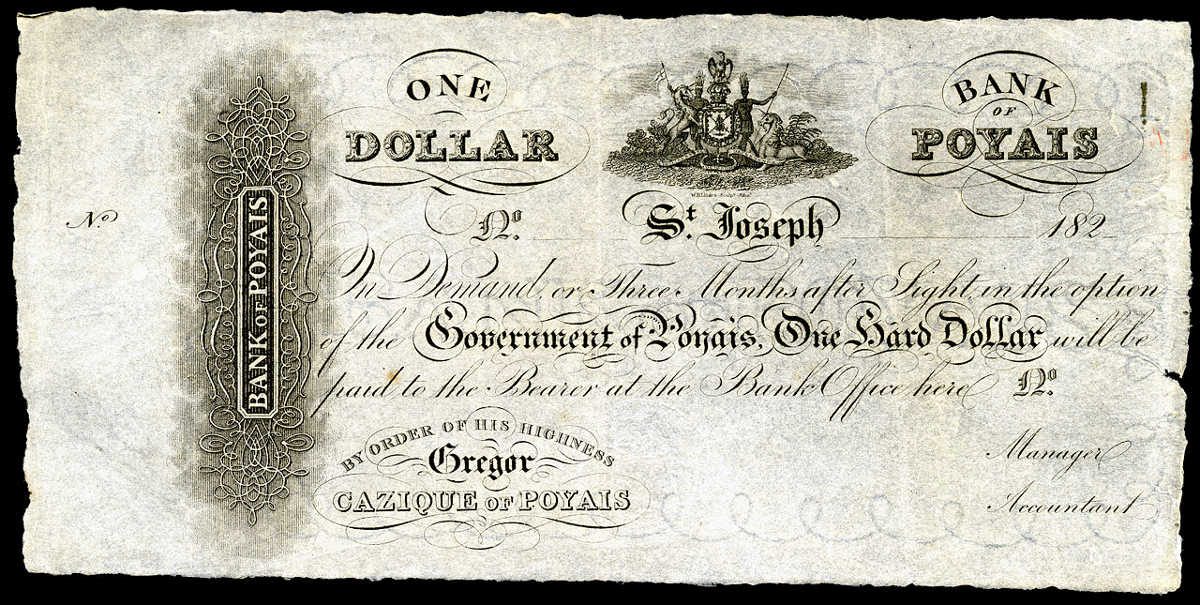 A Bank of Poyais dollar, printed by the official printer of the Bank of Scotland. MacGregor traded these worthless notes for the settlers’ gold as they departed for his nonexistent republic.

This week’s lateral thinking puzzle was inspired by an item in Dan Lewis’ Now I Know newsletter. Here’s a corroborating link (warning — both links spoil the puzzle).