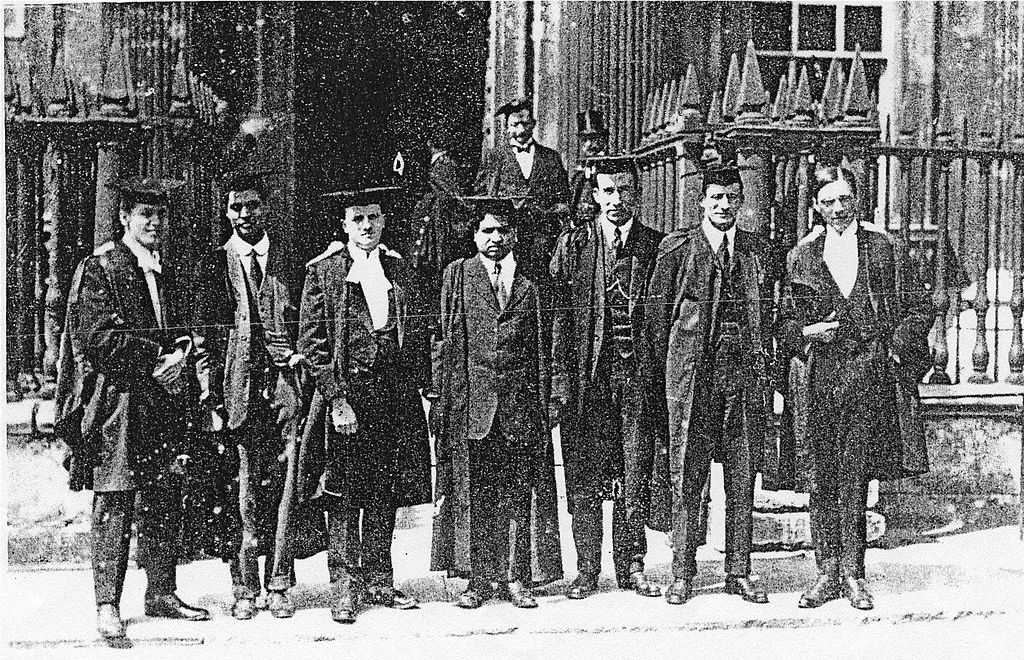 In 1913, English mathematician G.H. Hardy received a package from an unknown accounting clerk in India, with nine pages of mathematical results that he found “scarcely possible to believe.” In this week’s episode of the Futility Closet podcast, we’ll follow the unlikely friendship that sprang up between Hardy and Srinivasa Ramanujan, whom Hardy called “the most romantic figure in the recent history of mathematics.”

Sources for our feature on Srinivasa Ramanujan:

S.R. Ranganathan, Ramanujan: The Man and the Mathematician, 1967.

In the photo above, Ramanujan is at center and Hardy is at far right.

“Myth Debunked: Audrey Hepburn Did Not Work for the Resistance” [in Dutch], Dutch Broadcast Foundation, Nov. 17, 2016.