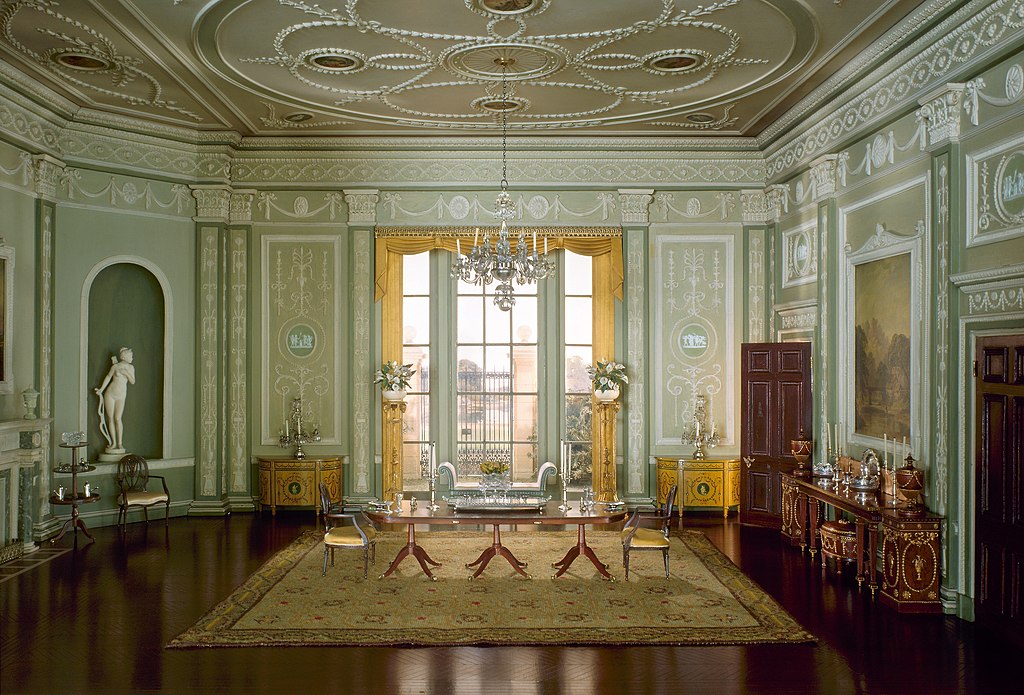 This is a miniature, a tiny replica of an English dining room of the late 18th century. Between 1932 and 1940, American artist Narcissa Niblack Thorne made about 100 such diminutive rooms, often enlisting architects, designers, and craftsmen whose talents became available during the Depression.

Of the miniatures still in existence, most are on display at the Art Institute of Chicago, where they serve as documents of the decorating styles of periods past. Generally designed on a scale of one inch per foot, many of them include authentic materials: bowls of real silver, chandeliers of real crystal, even original paintings and sculpture contributed by admired artists.

In 2010, the institute began to decorate them for the holidays each year, after researchers discovered Thorne’s affection for Christmas. But “Some of the rooms will never have a holiday theme,” the museum’s Lindsey Mican Morgan told the Chicago Tribune. “That is because many of them depict a room from a time when holidays were simply not celebrated as they are now.”