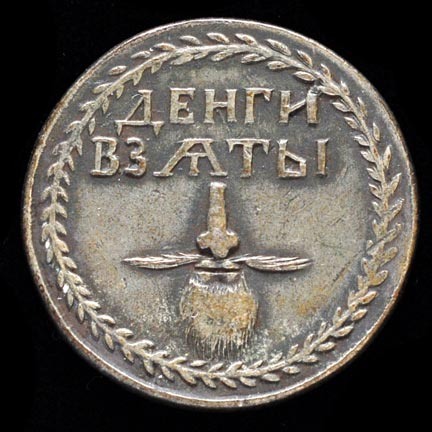 In his efforts to reform Russian society, Peter the Great once resorted to banning beards. To bring Russian society more in line with Western Europe, in 1698 he began to charge a fee for the privilege of wearing whiskers, ranging from 100 rubles a year for wealthy merchants down to 1 kopek for a peasant entering a city. Police were empowered to shave scofflaws forcibly.

If you paid your tax you were given a “beard token” with a Russian eagle on one side and a beard on the other. One coin bore the legend THE BEARD IS A SUPERFLUOUS BURDEN.

Because Russians generally resented the law, the tokens are quite valuable now. As early as 1845 collector Walter Hawkins wrote, “The national aversion to the origin of this token probably caused their destruction or dispersion, after they had served their purpose for the year, as they are now very rarely to be met with even in Russia.”