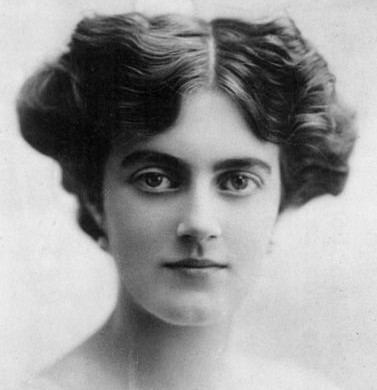 On March 28, 1912, bacteriologist Almroth Wright wrote a letter to the London Times arguing that women should be denied the vote and in fact kept away from politics altogether in light of their psychological shortcomings. Two days later the Times printed this response. It was signed “One of the Doomed” but in fact had been penned by 26-year-old Clementine Churchill, wife of Winston:

To the Editor of The Times.

After reading Sir Almroth Wright’s able and weighty exposition of women as he knows them the question seems no longer to be ‘Should women have votes?’ but ‘Ought women not to be abolished altogether?’

I have been so much impressed by Sir Almroth Wright’s disquisition, backed as it is by so much scientific and personal experience, that I have come to the conclusion that women should be put a stop to.

We learn from him that in their youth they are unbalanced, that from time to time they suffer from unreasonableness and hypersensitiveness, and that their presence is distracting and irritating to men in their daily lives and pursuits. If they take up a profession, the indelicacy of their minds makes them undesirable partners for their male colleagues. Later on in life they are subject to grave and long-continued mental disorders, and, if not quite insane, many of them have to be shut up.

Now this being so, how much happier and better would the world not be if only it could be purged of women? It is here that we look to the great scientists. Is the case really hopeless? Women no doubt have had their uses in the past, else how could this detestable tribe have been tolerated till now? But is it quite certain that they will be indispensable in the future? Cannot science give us some assurance, or at least some ground of hope, that we are on the eve of the greatest discovery of all — i.e., how to maintain a race of males by purely scientific means?

And may we not look to Sir Almroth Wright to crown his many achievements by delivering mankind from the parasitic, demented, and immoral species which has infested the world for so long?