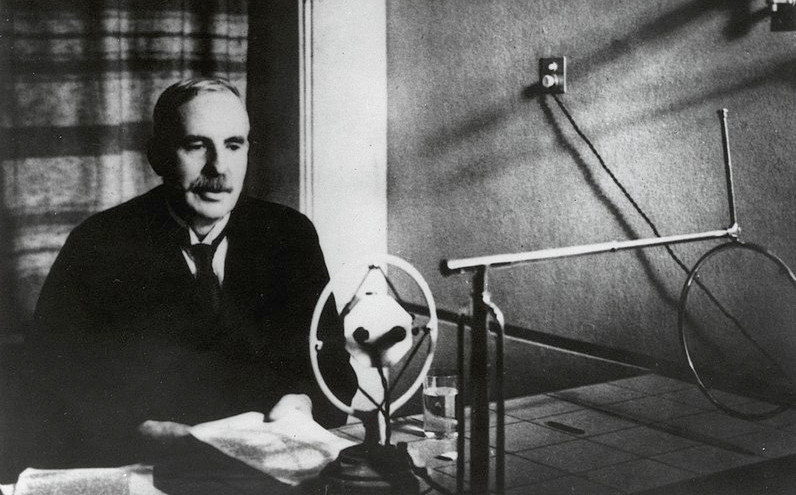 During World War I, Ernest Rutherford worked tirelessly on a secret project to detect submarines by sonar. But on one occasion he did decline to attend a committee meeting.

“I have been engaged in experiments which suggest that the atom can be artificially disintegrated,” he wrote. “If it is true it is of far greater importance than a war.”