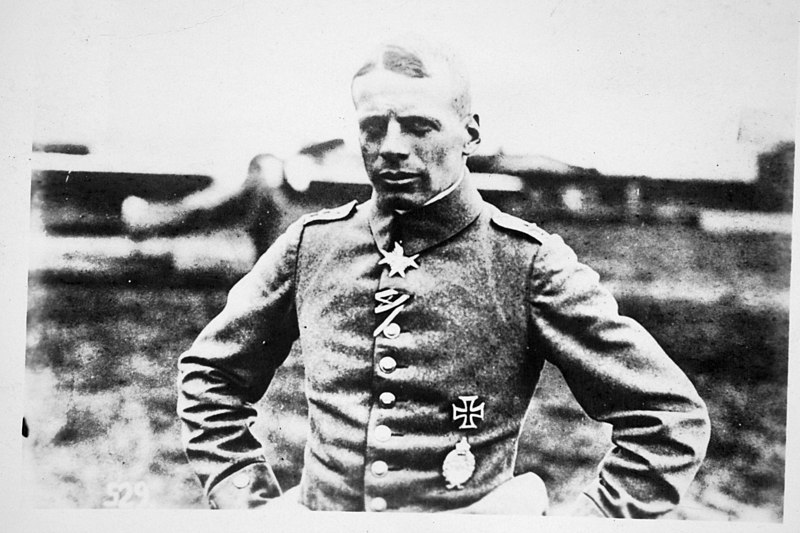 “He certainly didn’t love war and he personally disliked killing,” writes Dan Hampton in Lords of the Sky, his history of fighter pilots and air combat. “It was not a sport to him, as it was with others, nor was it a game. It was something he had to do, so he did it well.” When he died in a crash, his British enemies dropped a wreath behind German lines with the message “To the memory of Captain Boelcke, our brave and chivalrous opponent. From the English Royal Flying Corps.” French, Italian, and British pilots sent wreaths and messages from prisoner-of-war camps, and Manfred von Richthofen said of his mentor, “I am only a fighting airman, but Boelcke was a hero.”