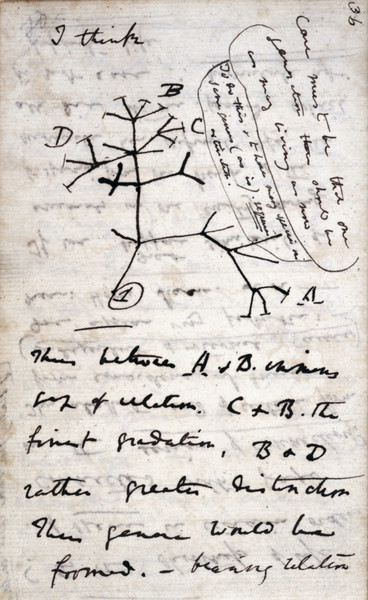 This is Charles Darwin’s first diagram of an evolutionary tree, from his First Notebook on Transmutation of Species. He drew it around July 1837, barely a month after he’d opened his first full transmutation notebook.

“Case must be that one generation should have as many living as now,” he wrote. “To do this and to have as many species in same genus (as is) requires extinction. Thus between A + B the immense gap of relation. C + B the finest gradation. B + D rather greater distinction. Thus genera would be formed. Bearing relation to ancient types with several extinct forms.”

At the top he’s written “I think.”