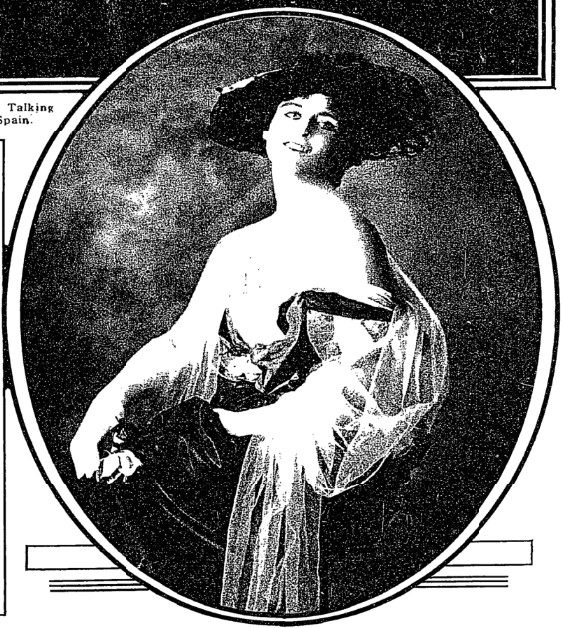 Considered the Most Beautiful “Show Girl” in the Princeton Triangle Club’s New Musical Play, “The Evil Eye,” Coming to the Waldorf on Next Tuesday. He Is Also the Author of the Lyrics of the Play.

It was his third year at Princeton. Hemingway would later write (in A Moveable Feast), “He had very fair wavy hair, a high forehead, excited and friendly eyes and a delicate long-lipped Irish mouth that, on a girl, would have been the mouth of a beauty. His chin was well built and he had good ears and a handsome, almost beautiful, unmarked nose. This should not have added up to a pretty face, but that came from the coloring, the very fair hair and the mouth.”

Of the photo, Fitzgerald later wrote, “I look like a femme fatale.”