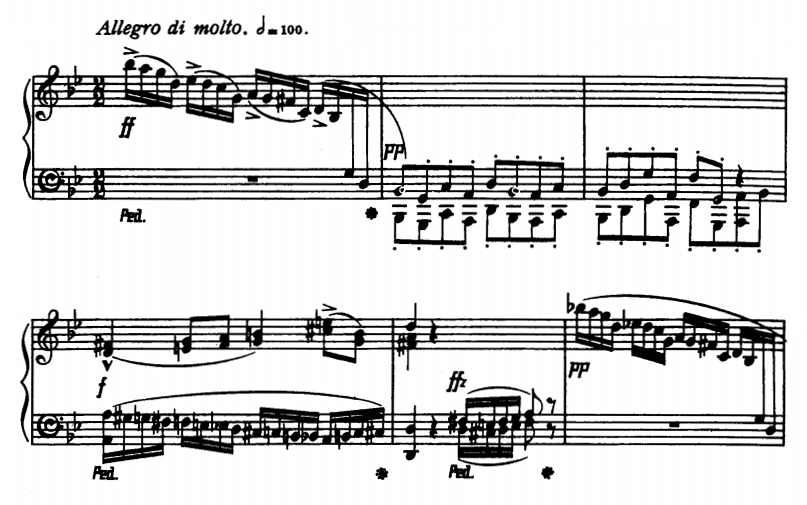 Edward Elgar dedicated the eleventh of his Enigma Variations to George Robertson Sinclair, the organist of Hereford Cathedral.

“The variation, however, has nothing to do with organs or cathedrals, or, except remotely, with G.R.S.,” Elgar wrote. “The first few bars were suggested by his great bulldog, Dan (a well-known character) falling down the steep bank into the River Wye (bar 1); his paddling upstream to find a landing place (bars 2 and 3); and his rejoicing bark on landing (second half of bar 5). G.R.S. said, ‘Set that to music’. I did; here it is.”

After the river incident, Elgar had told a friend, “You wait till we get home. Japes!” He even marked bar 5 “Dan” in an early sketch of the piece. This would not have surprised Sinclair: Elgar had been in the habit of jotting down musical ideas, which he called “the moods of Dan,” in the organist’s visitor’s book, and sometimes these would find their way into later compositions. What Dan thought of all this is unrecorded.