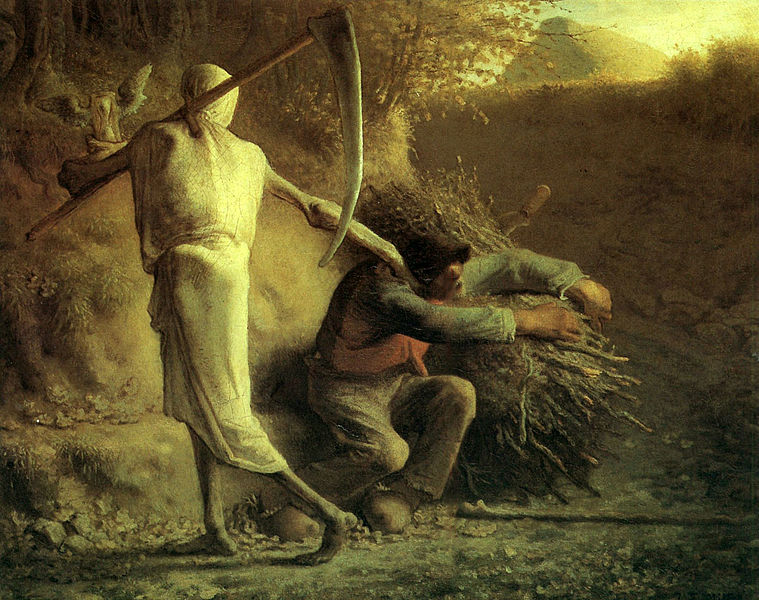 Suppose there are an infinite number of Grim Reapers. Each has an appointed time to kill Fred if it finds him alive.

Thus there is no first Reaper. For any given Reaper, there are infinitely many others who precede it by moments.

Whatever happens, we know that Fred can’t survive this ordeal — to go on with his life he must still be alive at 12:01, and we know for certain that if he lives that long then Reaper #1 will kill him. But in order to survive to 12:01 he must still be alive at 30 seconds after 12 — and at that time Reaper #2 will kill him. And so on. It appears that no Reaper will ever get the chance to kill Fred, because each is preceded by another who will rob him of the opportunity.

(From José Benardete’s Infinity: An Essay in Metaphysics, 1964.)