Podcast Episode 357: Scenes From an Earthquake 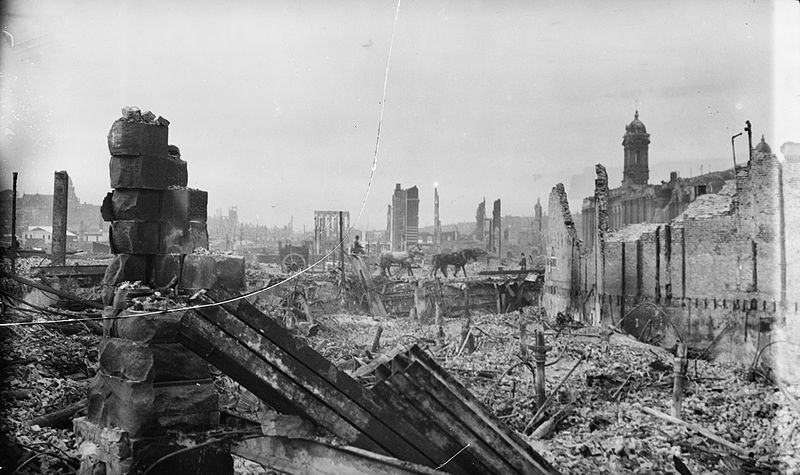 The San Francisco earthquake of 1906 is remembered for its destructive intensity and terrible death toll. But the scale of the disaster can mask some remarkable personal stories. In this week’s episode of the Futility Closet podcast we’ll describe the experiences of some of the survivors, which ranged from the horrific to the surreal.

We’ll also consider a multilingual pun and puzzle over a deadly reptile.

In the 1600s, a specialized verb described the carving of each dish.

The Earls of Leicester kept quiet in Parliament. 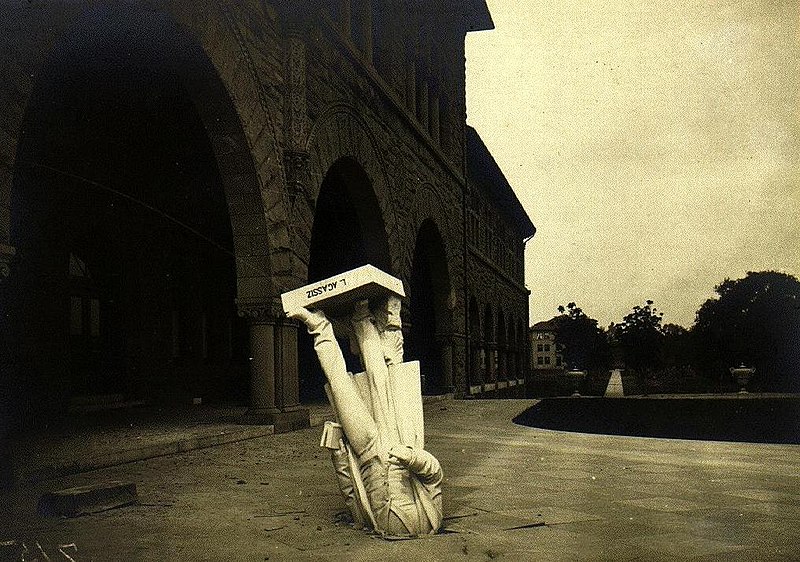 An iconic image: The quake toppled a marble statue of Louis Agassiz from its perch on the second floor of Stanford’s zoology building. Sources for our feature:

Gordon Thomas and Max Morgan-Witts, The San Francisco Earthquake: A Minute-by-Minute Account of the 1906 Disaster, 2014.

Louise Chipley Slavicek, The San Francisco Earthquake and Fire of 1906, 2008.

Charles Morris, The 1906 San Francisco Earthquake and Fire: As Told by Eyewitnesses, 1906.

Penny Allan and Martin Bryant, “The Critical Role of Open Space in Earthquake Recovery: A Case Study,” EN: Proceedings of the 2010 NZSEE Conference, 2010.

Brad T. Aagaard and Gregory C. Beroza, “The 1906 San Francisco Earthquake a Century Later: Introduction to the Special Section,” Bulletin of the Seismological Society of America 98:2 (2008), 817-822.

Rachael Krishna, “Tumblr Users Have Discovered a Pun Which Works in So Many Languages,” BuzzFeed, Feb. 2, 2016.