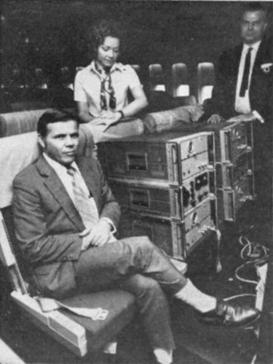 The guests were cesium-beam atomic clocks. The researchers chaperoned the timepieces once eastward around the world and once westward. Then they compared the traveling clocks with one that had remained at the United States Naval Observatory.

The results were published in Science the following year. The clocks had been found to disagree, demonstrating the effects of kinematic and gravitational time dilation.

The total cost of the effort was $8,000. It’s been called one of the most inexpensive tests ever conducted of Einstein’s relativity.