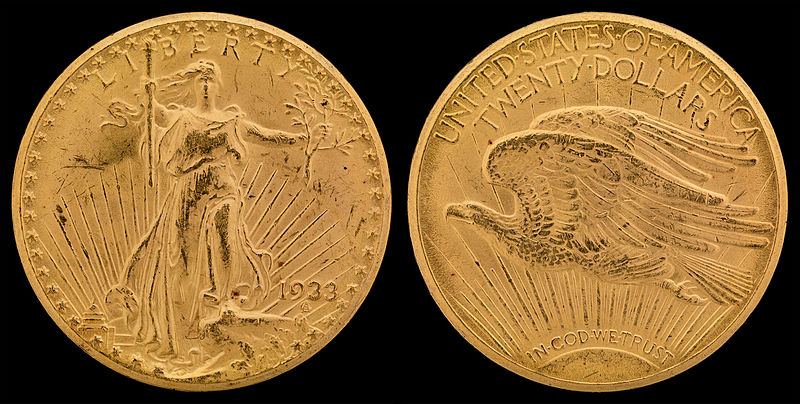 The United States minted nearly half a million copies of this 20-dollar gold coin in 1933, but when gold coins were disallowed as legal tender most of them were melted down. The mint saved two for the U.S. National Numismatic Collection, and 20 more were stolen. Of these, nine have now been destroyed, and 10 are held at Fort Knox. That means that a total of 13 specimens of the 1933 double eagle are known to exist, with only one in private hands. Shoe designer Stuart Weitzman, who had paid $7.6 million for that one in 2002, auctioned it last month to an anonymous collector for $18.9 million. That coin is unique: No other 1933 double eagle can be privately owned or legally sold.