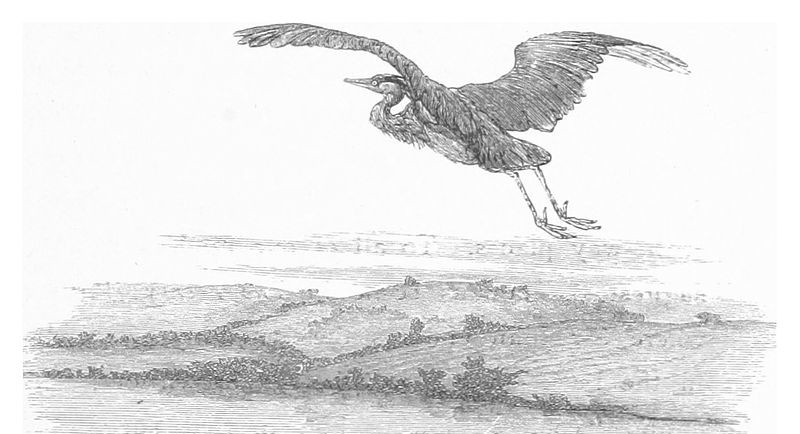 Owls move in a buoyant manner, as if lighter than air … herons seem incumbered with too much sail for their light bodies … the green-finch … exhibits such languishing and faltering gestures as to appear like a wounded and dying bird … fernowls, or goat-suckers, glance in the dusk over the tops of trees like a meteor; starlings as it were swim along.

Biographer Richard Mabey writes, “What is striking is the way Gilbert often arranges his sentence structure to echo the physical style of a bird’s flight. So, ‘The white-throat uses odd jerks and gesticulations over the tops of hedges and bushes’; and ‘woodpeckers fly volatu undosu [in an undulating flight], opening and closing their wings at every stroke, and so are always rising or falling in curves.”

(From Mabey’s Gilbert White: A Biography of the Author of The Natural History of Selborne, 2007.)