“The Horse of Joy” 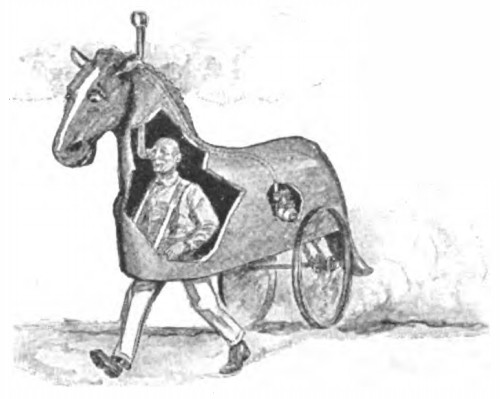 The September 1918 issue of Popular Science Monthly describes an amusement introduced at Coney Island by Minnesota inventor Otto Fritsche: a horse made of double-walled aluminum. The patron wears a pair of shoulder straps and a gasoline engine drives the thing forward.

Aside from the fact that the contraption is supported in the rear by a pair of large wheels, that the front is supported by a human being, that a periscope protrudes from the head, and that exhaust gases puff from its ears, Otto believes it will be mistaken for a real animal.

“We would like to interview any man who has tried this form of amusement and has survived.”